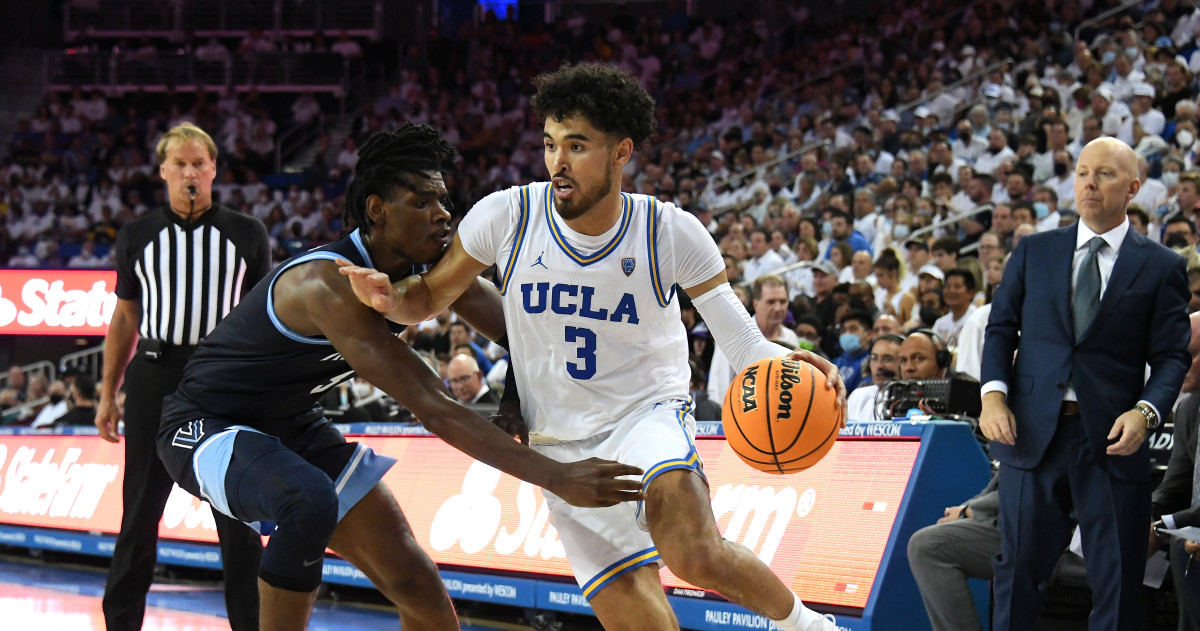 It did not take long before the Bruins began to dominate the conversation around the Champions Conference.

The Pac-12 announced its weekly honors on Monday, and No. 2 UCLA men’s basketball (2-0) guard Johnny Juzang won the Player of the Week award after his team’s victories over Cal State Bakersfield and then No. 4 Villanova. Juzang led or co-led the Bruins in scoring both nights, and he finished the first week of the season as the leading goal scorer throughout the conference.

The Bruins did not have another player nominated for that award or Pac-12 Freshman of the Week, which went to Stanford striker Harrison Ingram.

The high scores came despite an off night from the depths for Juzang, who shot 1-of-8 from long range Friday against the Wildcats to lower his 3-point percentage of the season to 25%. Juzang shot 48% from 2 and 91.7% from the free throw line during the week.

Juzang got a good chunk of his production by getting to the line – not only did he hit everyone but one of his attempts, but he also got to the line a total of 12 times between the two matches. It ranks No. 1 at UCLA and No. 8 in Pac-12.

Through two matches, Juzang leads the Pac-12 in points per game. match and usage percentage as he ranks No. 1 on the Bruins in field goal attempts and No. 2 in turnovers.

This is the second Pac-12 Player of the Week award that Juzang has received in his career. The last time he got it was after a road split against Washington State and Washington in February, where he averaged 29.5 points, 7.0 rebounds, 2.5 assists and 0.5 turnovers per game.

Juzang and UCLA have two more games this week, tip-off scheduled for 8pm Monday night against Long Beach State and a matchup against North Florida at 7.30pm on Wednesday.