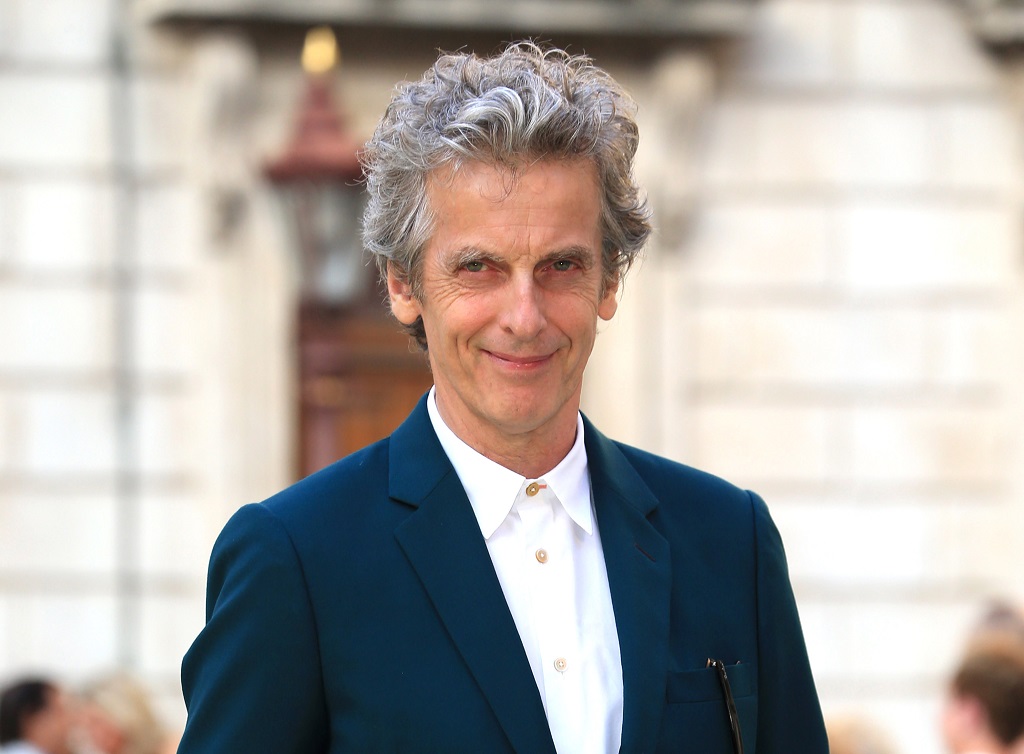 He has sworn to politicians in his acting career and has saved the universe many times and won an Oscar as a director, but now Peter Capaldi is turning his skills into another love, music.

St Christopher is the Glaswegian star’s first collection of songs produced by Dr Robert and released on Monks Road Records on 19 November.

Arguably best known as the acid-tongued Malcolm Tucker in The Thick of It and the beloved twelfth incarnation of Doctor Who, Peter also won an Academy Award in 1993 for Franz Kafka’s short film It’s a Wonderful Life.

But what is less well known is that he started his performing career with music. As a Glasgow School of Art graduate, he inevitably formed an art school band and joined the burgeoning music scene of 1980s Glasgow.

But the enthusiasm of the youth was not enough, and the group followed the footsteps of countless others. But Peter never lost his love for music and played his guitar in Doctor Who many times, including once playing along with the famous theme tune.

Peter said: “While I was watching the musicians work, something prompted me to scribble a song just for the chance to play them, and when they did, I immediately knew it was something I wanted to do again. So I set off.

‘Robert patiently endured these efforts, encouraging some, quietly letting some go, until we finally felt we had enough ideas to get into the studio… And then it was March 2020 and
everything stopped.’

When the curfew forced him to rethink, Peter said: “We had demos, computers, Robert’s address book, and a very clear diary, so thanks to the magic of modern technology, we finally shipped the pieces back and forth with the help of some brilliant people.” musicians, we found ourselves with something very similar to an album.’

These songs are the result of Peter reconnecting with his desire to make music, songs that don’t stray too far from their art school roots. The lure of electric guitars and synthesizers is something hard to shake.

Sharply aware of his musical gaps, Peter set out to do something honest, using his experience as a writer and director to shape ideas and bringing them to life with the veteran skills of Dr Robert and a group of multi-talented musicians.

Written largely in the USA and recorded under quarantine, the album is an opportunity to explore the atmospheric musical ideas that drove him to perform in the first place.

Listening to the album, there are obvious influences in the form of David Bowie and Bob Dylan, but there are flashes of casual conversation Jarvis Cocker avoids, Glasgow rock touches embodied by Simple Minds.

Peter concludes: ‘In the end, whether these songs work or not will be judged by others. But the chance to try them out with such a talented musical backing was a great experience. In some ways it’s completely new, but in others… I feel like I’ve picked up where I left off in a way.’