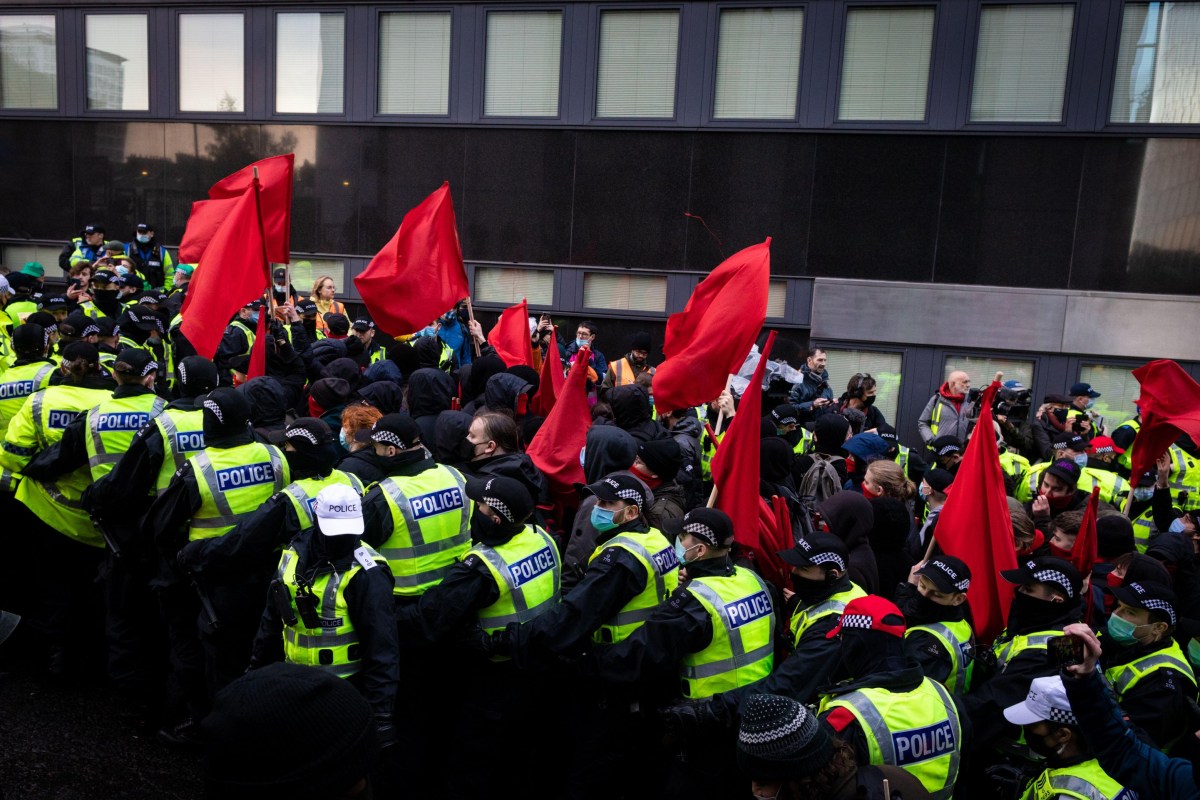 Cops have been seen in large numbers in Glasgow over the past two weeks. UN climate summit.

And there have been numerous arrests as protesters flocked to the city center as world leaders debated how to tackle climate change.

Deputy Chief Constable Gary Ritchie confirmed that a total of 70 arrests were made during COP26.

The news comes as the largest police operation in the UK comes to an end this Friday.

He said: “Police officers had several hundred encounters with people who protested and made around 70 arrests.

He continued: “The policing operation for Cop26, the largest in UK history, is drawing to a close.

“Since the beginning of the conference, we have overseen numerous events and protests, some formal and some informal, across the city and the country.

“We helped complete the successful completion of two major marches in the city, attended by tens of thousands of protesters.

“All these events were peaceful, with the exception of a small minority of protesters intent on creating conflict and endangering public safety.

“I thank the protesters and all the police and officers involved in these operations for protecting rights, making voices heard and facilitating peaceful protests.

“Also while protecting the safety of everyone involved.”

“It is important for us to understand what the Cop26 experience is for people in Glasgow and Scotland.

“This is why we would like to hear from anyone who has recently participated in these events in Scotland or experienced our policing.

“It’s about gathering insights that we’ll use to make sure we’re effective and collaborative in our approach.

“Working with communities to keep people safe while enforcing human rights such as freedom of assembly and association.”

We pay for your stories and videos! Do you have a story or video for Scottish Sun? Email us scottishsundigital@news.co.uk or call 0141 420 5300