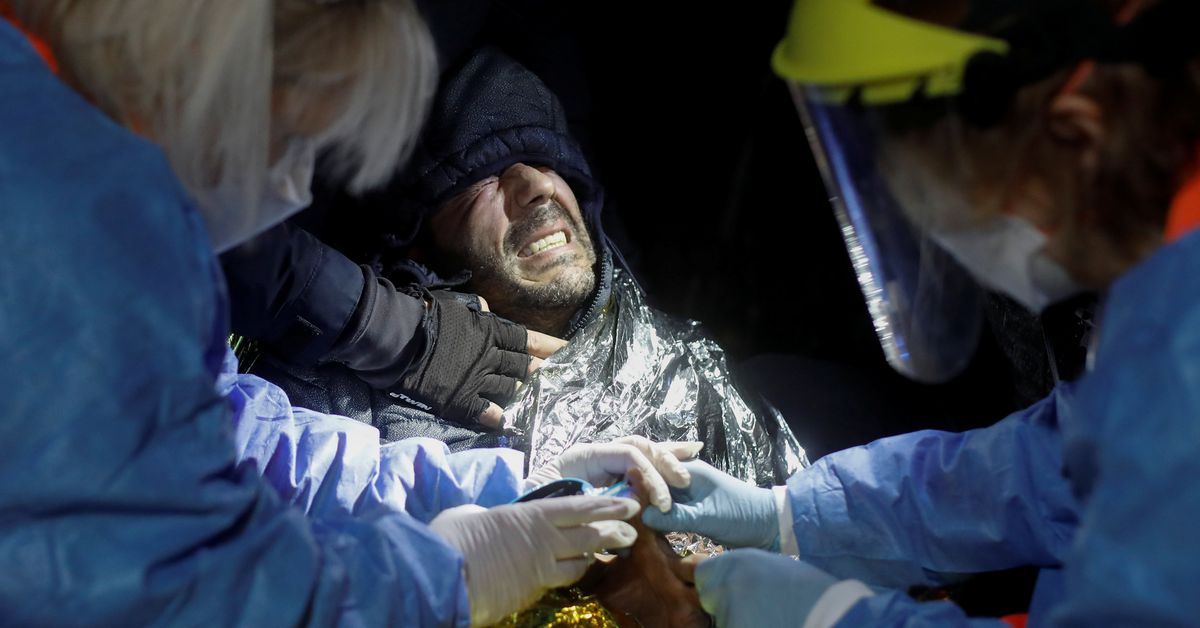 TOPCZYKALY, Poland, November 14 (Reuters) – A Polish NGO rescued two Syrian migrants late on Sunday, after the brothers crossed the border from Belarus and traveled about 40 kilometers (24.85 miles) into Polish territory.

Thousands of migrants have traveled to Belarus hoping to enter the European Union (EU), only to find themselves trapped at the border in icy conditions.

Reuters witnesses said the brothers Kader, 39 and Loas, 41, from Homs, were almost unconscious and too tired to speak when doctors arrived to help them near the village of Topczykaly. The last names of the two brothers have not been released.

Kader, 39, a Syrian migrant from Homs, rescued by medical personnel during the migrant crisis on the Belarusian-Polish border, near Topczykaly, Poland, on November 14, 2021. REUTERS / Kacper Pempel

“We found two men in the woods and they are in a really bad condition and they could not communicate with us,” said Agata Kolodziej of the Polish charity Ocalenie Foundation.

“We could not really get any information from them other than their name, so we decided to call an ambulance.”

Ambulance and Polish police arrived at the scene shortly after. Kolodziej said the brothers, who had spent four days in the woods, were taken to hospital.

Polish police said on Saturday that the body of a young Syrian man had been found near the border. At least eight migrants have already died and fears are growing for the safety of others when harsh winter conditions occur.