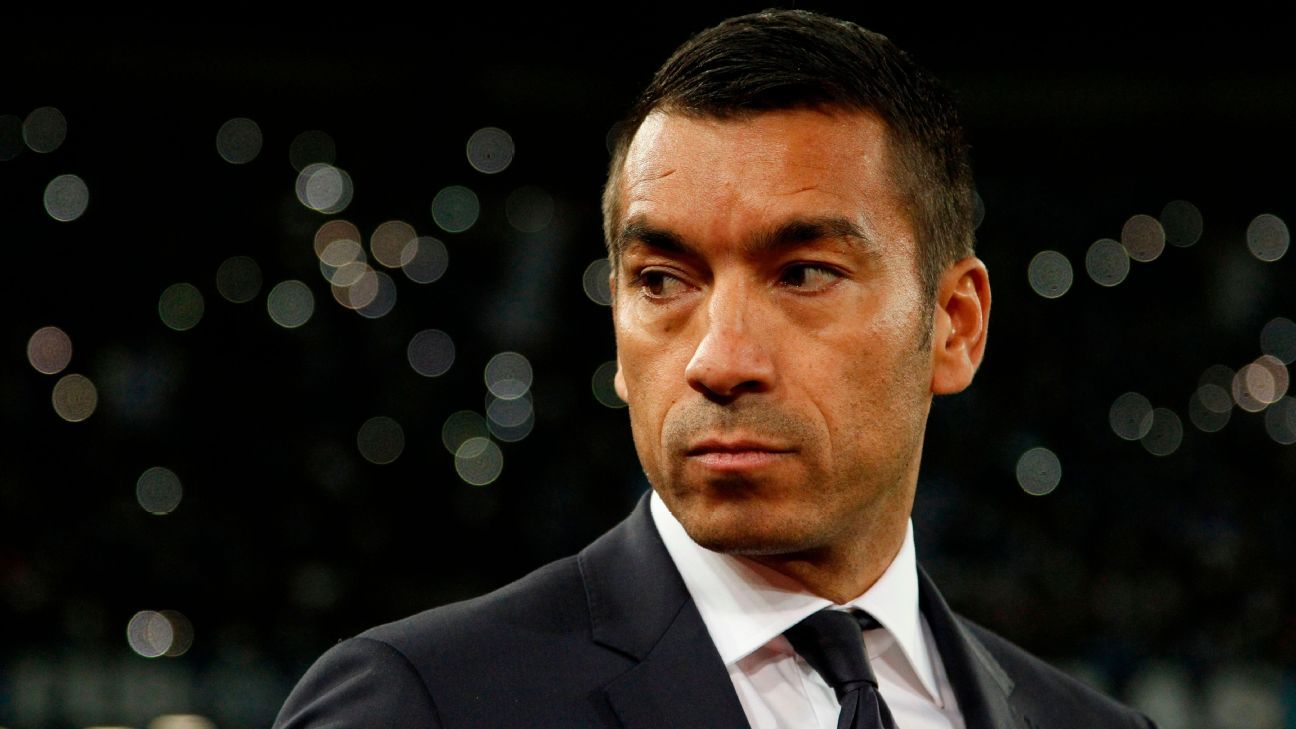 Rangers have appointed Giovanni van Bronckhorst as the club’s new manager, it was announced on Thursday.

Van Bronckhorst played for Rangers from 1998 to 2001, winning two league titles and a domestic Treble, and succeeding Steven Gerrard at Ibrox.

– Stream ESPN FC daily on ESPN + (US only)
– Do not have ESPN? Get instant access

The former Dutch captain, who also represented Feyenoord, Arsenal and Barcelona during a glittering playing career, will be Rangers’ 17th permanent manager, provided he has been given a work permit.

In his first position as manager, Van Bronckhorst guided Feyenoord to the Eredivisie title in 2017, winning two Dutch trophies and overseeing a return to the Champions League group stage.

After leaving his childhood club in 2019, Van Bronckhorst took charge of the Chinese Superliga side Guangzhou R&F, but stopped after less than a year in the position.

“I feel so lucky to get to work with a team that is in a great position on all fronts and pretty much has the experience of being winners.

“I look forward to continuing and strengthening the work that has already been done with Ross Wilson and the club’s board, and I’m grateful for the chance to work again in this huge football club.

“I can’t wait to meet the club’s incredible supporters again and begin this new era for all of us.”

Van Bronckhorst, 46, played 117 games for the Rangers across three seasons, and was part of the Treble winning team in the 1998-99 season.

He takes over a team that is at the top of the Scottish Premier League table, four points ahead of rivals Celtic.

Under Gerrard, Rangers won the league title for the first time in 10 years last season, but the former Liverpool captain has since joined Premier League team Aston Villa.

Rangers play Hibernian in the semi-finals of the Scottish League Cup on Sunday, before beating Sparta Prague in a crucial Europa League group stage match on Thursday, with both sides battling to qualify for the knockout rounds.

As a player, Van Bronckhorst won 106 international matches and was captain of the country for the 2010 World Cup final.

He won a Premier League title with Arsenal in 2002 and the Champions League with Barcelona in 2006, as well as two LaLiga crowns.

Van Bronckhorst is believed to have been Rangers’ first choice after Gerrard’s departure.