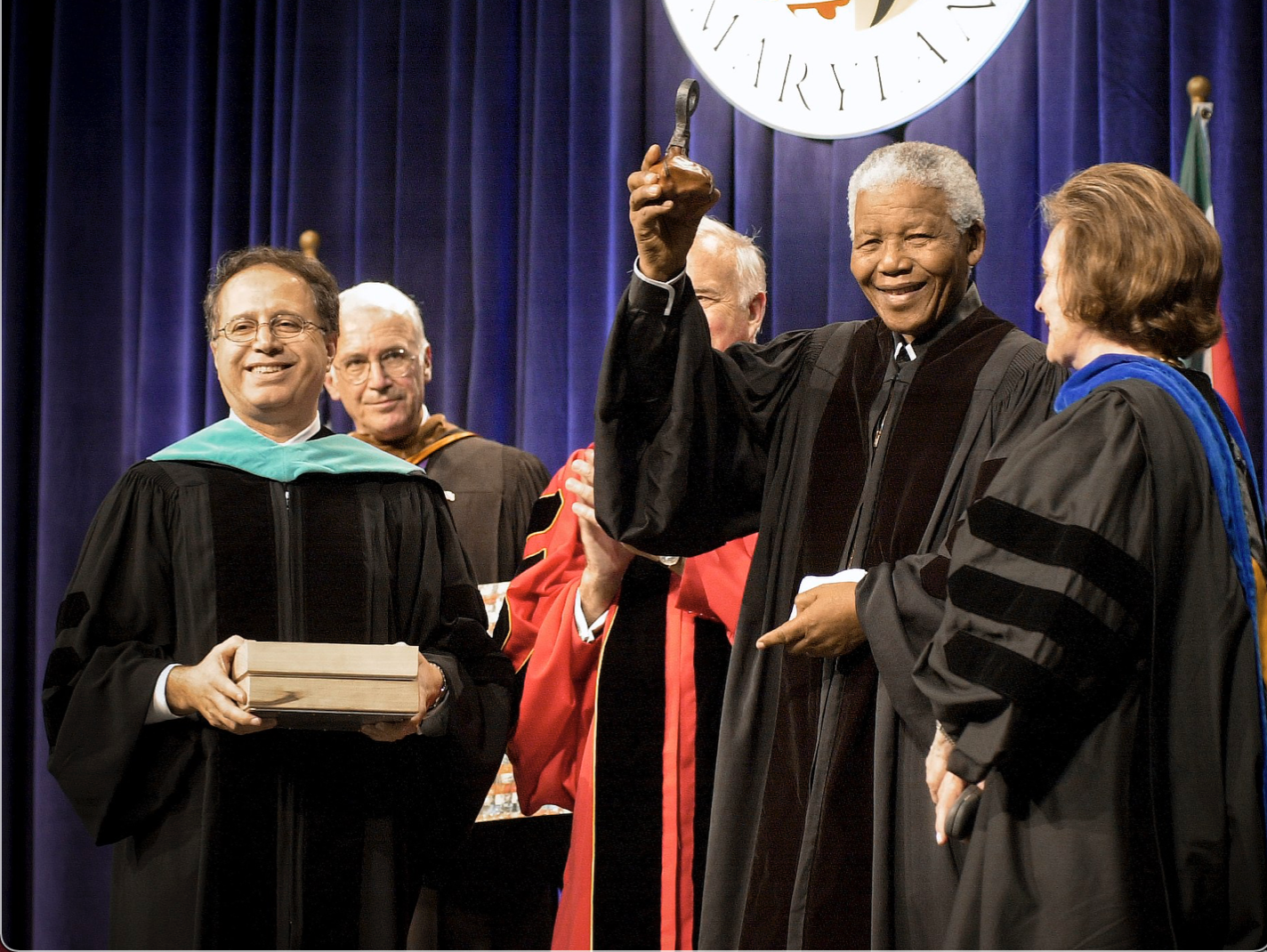 To understand the international reactions to 9/11 and the Afghan war, it is enlightening to consider the reaction and rapid development of positions of one of the greatest statesmen of the 20th century, former President of South Africa Nelson Mandela. His shifting positions over a short period of time speak volumes about America’s waste of the global benevolence that came over us immediately after the horrors.

A critics of the West and of American foreign policy, Mandela – who had left office two years earlier – was an unlikely supporter of President George W. Bush and visited him in the White House just days after the start of the Afghan war. Speaks after his meeting with Bush at our Sadat Lecture on Peace at the University of Maryland, Mandela reflected on the widespread international sympathy and support the United States had received immediately after 9/11, even from usually antagonistic states that Iran. Mandela described his position as follows:

“We have had the opportunity to express ourselves publicly in support of the current military actions of the United States and Britain in the pursuit of those they identified as the perpetrators of the terrorist acts. We accept that the United States and the United Kingdom are determined to record the identified terrorists and that the unfortunate civilian casualties that occur are temporary. We accept that they will come and take all possible precautions in a war situation to minimize civilian casualties and suffering. ”

Back in South Africa two weeks later, facing criticism for supporting American action in Afghanistan, Mandela continued to defend the United States: “I support the strikes against Afghanistan as far as the intention to expel Osama bin Laden. I have no sympathy for terrorists who kill 5,000 innocent civilians. I can not stand it. “Within two weeks, however, his Support for the Afghanistan war gave rise to concern about the scale of the war and rising civilian casualties: “I have never supported the bombing of the whole of Afghanistan and the killing of innocent children, the elderly, women and the disabled. I limited myself to bin Laden and his organization. ”

Mandela’s position continued to evolve in a way that not only reflected his own thinking but changed international attitudes. In January 2002, as US discourse became more stringent following early successes in Afghanistan and talk increased about possible military action in Iraq, Mandela had other thoughts although his early support for the Afghan war:

“Our view may have been one-sided and overestimated … such unreserved support for the war in Afghanistan gives the impression that we are insensitive to and careless about the suffering suffered by the Afghan people and the country … Marking Osama bin Laden as terrorist leader for these acts before he has been tried and convicted … can also be seen as undermining some of the fundamental principles of the rule of law. ”

But like many around the world, Mandela’s biggest criticism of American policy was directed at its perceived unilateralism when Washington was ready for the Iraq war. In September 2002 Mandela stated “We are really appalled by any country, whether it is a superpower or a small country, that goes outside the UN and attacks independent countries.” In January 2003, Mandela became increasingly frustrated with the US march on the Iraq war, describes The United States sees Iraq as “arrogant” and Bush as “a president who cannot think properly and wants to destroy the world.”

Of course, when the United States began the Iraq war, Mandela was not the only one who doubted the United States’ goals. A 2002 Pew Research Center Survey showed declining favorite US ratings since 2000 in most of the countries studied. And fears of a possible war with Iraq were already apparent, as the survey found large majorities in France, Germany and Russia opposed the use of military force to overthrow the Iraqi regime. In contrast to the broad coalition of nations on which it had gathered for the Afghan campaign, Washington failed to get support for the Iraq war not only at the UN Security Council but also from important European allies such as Paris and Berlin.

If the United States had hoped that the Afghan campaign and the “war on terror” could win over people in Muslim-majority countries, the evidence shows that it failed. Missing what Robert Wright named “Cognitive empathy” towards people in target countries, the campaign was forced to fail to achieve its intended results. In a poll I conducted in six Arab countries from the beginning of 2003 – just before the start of the Iraq war – and which ended a decade later, most Arabs consistently ranked the United States second only to Israel as the biggest threat they faced (and sometimes first); most attributed American policy in the region to a driving force to control oil, help Israel, and weaken the Muslim world; and those who believed that the United States was trying to achieve democracy, spread human rights, or even create stability in the region were relatively few (see Chapter 7 of my book)The world with Arab eyes”). The very “war on terror” became more and more seen as a war against Muslims, and most of those who had any positive thoughts about al-Qaeda tended to have these thoughts mainly because they believed that al-Qaeda stood up to the United States.

Return to Nelson Mandela. The remorse he came across even though his early support for what he assumed would be a limited and measured military campaign in Afghanistan raises a central question: Was the war road killed from the beginning? Of course, a more measured response to the attack on American soil was theoretically possible, with a much earlier end and fewer casualties. But given the agendas that drive the Bush administration’s response, the worldview of the influential neoconservative camp, how the “war on terror” was defined, and the early permission of the American public to rally behind the flag – one wonders if the campaign was doomed as soon as it began, and if Congresswoman Barbara Lee, a lone opponent of the war in Congress, saw what no other member could do in a moment of great sadness, fear and anger. A seemingly war-weary president, Barack Obama, was also present greatly expanding the extent of the war on terror, even though I found and killed bin Laden a decade ago.

It could theoretically have ended much earlier, with the rapid fall of the Taliban regime, just a few short weeks after the fighting began. But as I noted in my book from 2002, “The efforts: America in the Middle East”:

“The change in America’s mood in the months following the terrible day in September was breathtaking in its magnitude and unparalleled in its speed. From the strongest sense of vulnerability in recent history to the most austere self-confidence in memory after the seemingly simple success of overthrowing the Taliban regime in Afghanistan, the journey took only a few months. On a certain level, this rapid journey was healing for a nation whose trust was painfully shaken. On another level, it was worrying. Of course, America has previously experienced many radical fluctuations in its foreign policy. But from the isolationism that followed the First World War, which was carried out to a catastrophic extreme witnessed in Pearl Harbor, to the subsequent interventionism that ended with swamps in Vietnam – the fluctuations were almost generational. Rarely have such extreme mood swings been faster than in the autumn of 2001 – and perhaps rarely as a result. ”

The dramatic fluctuation in public sentiment spawned a disturbing force, further enabling a policy that went beyond the Afghan swamp, leading us to “shock and reverence” in Baghdad and a torturous occupation of Iraq with even more destructive consequences. Those who voted to authorize the wars in Afghanistan and Iraq could later tell themselves that what we ultimately got was not what they had voted to approve, or that everyone could have turned out differently if we had done this or that. Maybe or maybe not. But in this post-war era, when the devastation would be clear, we must honestly consider whether things could have been very different given what we knew about those who made the decisions and about our flawed policies. And we must learn careful lessons before an unforeseen crisis draws us to another violent path. 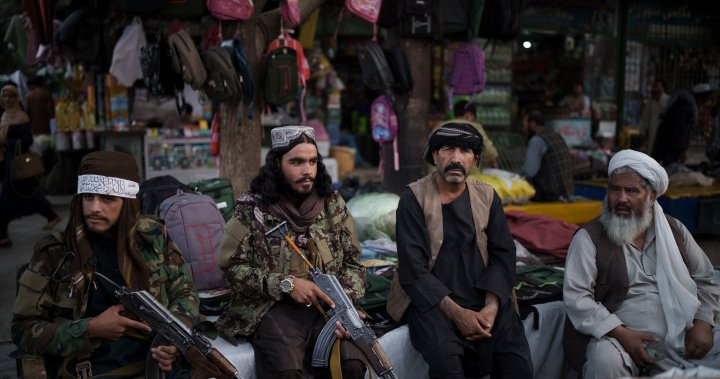