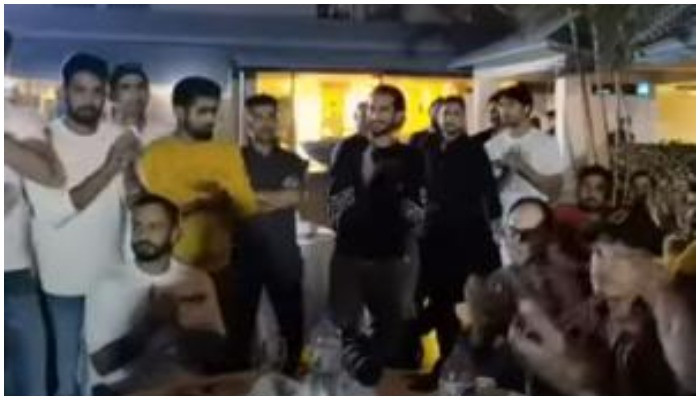 Pakistani fighter Shoaib Malik on Sunday praised members of the national squad for their unity and performance ahead of the final match on Pakistan’s tour of Bangladesh.

Pakistan have secured victory in the Alesha Holding’s T20 International Series by winning two of the three matches. The last match is scheduled to be played on November 22nd.

But instead of rehearsing for the final clash, the team spent their time enjoying a team dinner to freshen up.

Pakistan Cricket Board (PCB) shared a video from a “night out” of the national cricket stars in Dhaka.

Rizwan scored the highest in a calendar year, while and Azam scored the most runs T20Is during the T20 World Cup.

“Well done boys,” said the cricketer, who himself proved that age is only a number by scoring the fastest 50 in Pakistan’s T20 history during the tournament.

The cricketer said that these performances show that the whole team focuses on one thing – that it gets top ranking, “not just in one format, but all three formats”.

“Believe me, the team will not be at the top with individual performance, but with the unity of the team,” Malik said.

He said he can vouch for the team’s unity.

“[The players] “Feel happy for the one who is performing and that’s how the teams win and stay victorious for a long time,” he said.

The senior player advises the cricketers to stay the same and continue to play this way.

He expressed gratitude that Pakistani cricket is in the hands of “very good” players.

The video then follows the cricketers posing for photos in a photo shoot.