Young Isaac Henry will make his debut out of four changes made by Reds coach Brad Thorne to Townsville’s historic match with Chiefs.

Henry joins Hamish Stewart in 12th place while other adjustments see Filippo Daugono starting to flank for Jock Campbell, Vieux Fotoyka getting a nod from a loose prop before Dane Zander and Angus Scott-Young back before Fraser McReight.

“There is a strong rugby community in Townsville. We have a good relationship with them and we want to do well for our fans.

“The Chiefs will present a tough competition. They have reached this year’s Aotearoa Finals and we look forward to the next challenge.” 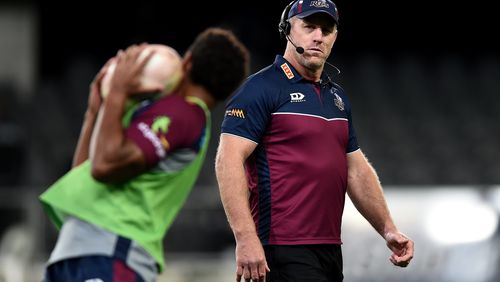 Meanwhile, the Chiefs will miss winger Jonah Lowe, who has injured his hamstring against the Brumbies.

Caleb Trask will start at centre-back as part of a three-back run while Peta Joss Swakula Liam Maysam comes in on the blind wing.

In the engine room, Mitchell Brown, Angus Tavao, and Bradley Slater all receive upgrades on the starting side.

Do’s and Don’ts of Exercising in a Heatwave

We asked 5,300 people whether the border with England should be closed amid the Indian version escalation

Coronavirus latest: Reduce gap between AstraZeneca doses to 8 weeks for...

What to do if you have an allergic reaction after receiving...