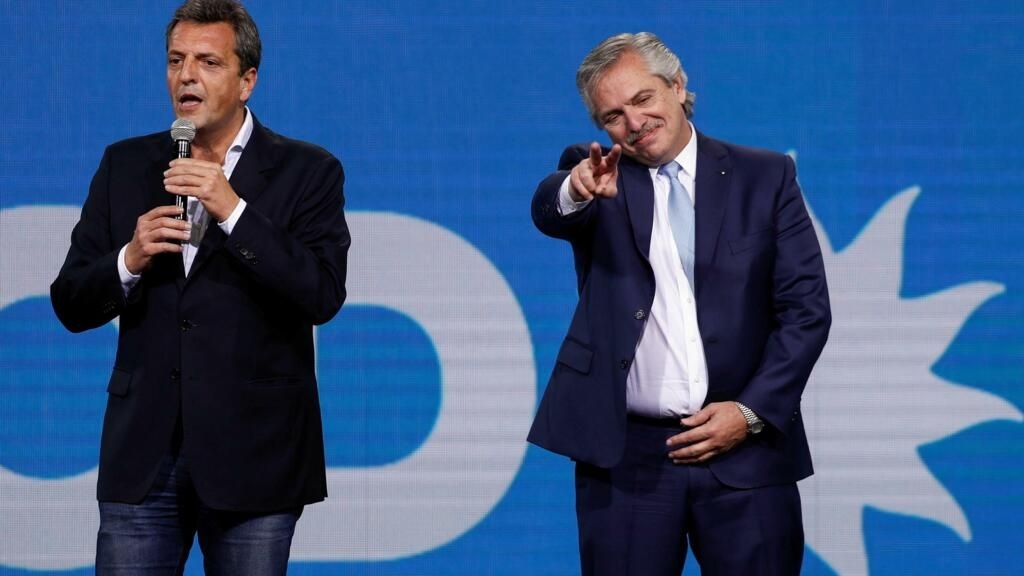 Argentina’s center-left president Alberto Fernandez called for dialogue with the opposition following Sunday’s midterm elections to parliament, with forecasts showing that his governing coalition has lost control of Congress.

After already having a minority in the lower house, Fernandez’s Frente de Todos (Everyone’s Front) coalition looked to be reduced from 41 to 35 seats in the Senate by 72 members, based on forecasts with more than 90 percent of the vote counted.

“If the numbers are confirmed, we have actually lost the quorum in the Senate,” a government source told AFP.

In the run-up to the election, there was widespread dissatisfaction with an economy that has been hit hard by the country Covid pandemic.

Fernandez will now probably be forced to make concessions to the opposition during the last two years of its mandate to pass laws or make important appointments, including to the judiciary.

“We must prioritize national agreements if we want to solve the challenges we face,” Fernandez said in a speech, adding that he would turn to opposition groups to try to find a common ground on an agenda.

“An opposition that is responsible and open to dialogue is a patriotic opposition,” he said, adding that he hoped for cooperation that would be “fruitful, for the country’s public interest.”

Interior Minister Wado de Pedro said turnout in the mandatory election was between 71 and 72 percent.

Fernandez had been on the defensive since Frente suffered a windy defeat in the September primary and received only 33 percent of the vote compared to 37 percent for the largest opposition group Juntos por el Cambio (Together for Change), led by Fernandez’s predecessor Mauricio Macri.

The country has been in recession since 2018, where GDP fell by 9.9 percent last year due to the coronavirus pandemic.

Argentina has one of the world’s highest inflation rates, at 40 percent so far this year, and a poverty rate of 42 percent for a population of 45 million.

“I fear for the economy,” confectioner Oscar Navarro told AFP on Sunday, without revealing his voice. “Wages are not enough. Whoever wins, it will take a long time for the country to recover.”

The setback in the primary election triggered a political crisis that put Fernandez against his vice president and coalition partner Cristina Kirchner, who pressured his boss into a government reshuffle in hopes of appeasing an increasingly frustrated electorate.

The government is also in the middle of a tricky renegotiation with the International Monetary Fund on the repayment of a debt of 44 billion dollars, which was originally secured by the Macri government in 2018.

“At this new stage, we will deepen our efforts to secure a sustainable agreement with the IMF,” Fernandez said.

He said the country needed to get past the “uncertainty that comes with unsustainable debt”, while creating jobs and reducing inflation.

If Fernandez does not succeed in reaching a new repayment plan, Argentina will have to repay $ 19 billion in 2022 and the same amount again in 2023.

Since the primary election, the government had been in a state of limitation and last month announced an agreement with the private sector to freeze the prices of more than 1,500 basic goods after street protests demanding greater food subsidies.

It has also raised the minimum wage and family allowances.

While Fernandez promised to focus on the country’s immediate concerns, the candidates were already in the running for the 2023 presidential election.

“The next two years will be difficult,” said Macri, the opposition leader, as he assured voters that his coalition would “act with great responsibility.”

Liliana Marquez, a hospital worker, said she hoped the opposition would win. “I have never trusted these Peronist governments,” she said, adding that she supported Macri’s movement “because I can not find an alternative.”

Supporters of the government have been forced to keep a low profile during the long pandemic shutdowns. But pro-government unions and social organizations recently announced they would march in support of Fernandez on Wednesday, regardless of the election result.

Many eyes were on the province of Buenos Aires, a traditional bastion of Peronists, including Fernandez’s party, but where Macris Juntos made great strides in September.