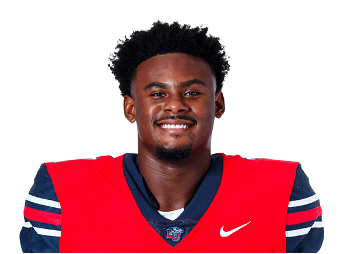 The career so far of Malik Willis, an NFL star in the making

However, sometimes we see a player have an amazing career in college but fail to make a big impact on the NFL. Sadly, there is no easy way to predict what will happen to a player.

One of these fantastic college players is Malik Willis, who has had 2 incredible years at Liberty in Virginia and is looking to make his move to the NFL in the next draft.

Today, we will be exploring whether Malik Willis is an NFL star in the making.

Malik Willis started his college career at Auburn. In the two years that he studied with the college, he played 15 games, only starting 5. Willis’ performance was poor with Auburn, which shocked many as he had passed for 2,562 yards and rushed for 1,033 yards with 37 total touchdowns during his final year at high school.

In 2019, Willis transferred to Liberty, and when he was allowed to start playing for the Liberty Flames. The NCAA has rules that prevent transferred athletes from playing the year they transfer so Willis didn’t join the team until 2020.

Sadly, Liberty plays in the Independent league, so we will not get to see Willis in the playoffs this year. Willis is the starting quarterback of the team. He plays at number 7.

In 2020, Liberty had its best season in over 20 years, thanks to the hard work and skill of Malik Willis. What sets Willis apart from the other men on the field is his ability to throw the ball down the field and his physical strength.

The following statistics are a total of Willis’ college career (at both Auburn and Liberty):

During his time at Liberty, Willis led the team to a 10 win season and was awarded the Dudley Award in 2020. The Dudley Award is given to the best player in the State of Virginia each season.

If you are betting on NCAA Football, do you think The Flames’ luck will continue after Willis leaves the team?

Hopes for the NFL

We have no doubt that Willis will be snapped up in the 2022 Draft. The real question is, what number will he be picked at.

There is no current consensus on who is QB1 this year. However, many experts think that Willis could take that spot. This month Willis was named the most exciting college quarterback by ESPN. Another outlet claimed that he has by far the most interesting skill set in the whole draft, not just among the quarterbacks.