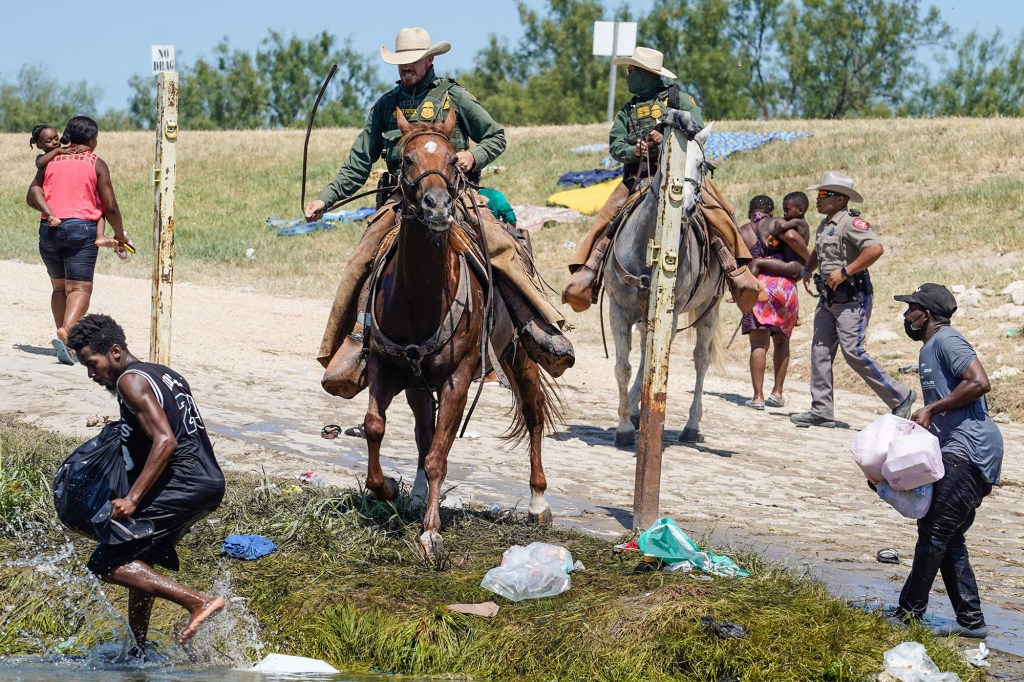 The Department of Homeland Security’s Office of Inspector General (OIG) declined to investigate allegations that border agents used whips against Haitian migrants earlier this year – sent inquiry into customs and border protection months after the Biden administration promised a probe would only take “days”.

It is unclear when DHS’s watchdog declined to investigate the allegations. The department did not immediately respond to Posten’s request for clarification.

According to DHS, the CBP office reviewed videos and photos and interviewed witnesses, employees and the agency’s management in its investigation.

“OPR has followed the usual process in its investigation of this case,” read the statement from DHS. “Once completed, the results of the investigation will be submitted to CBP management to determine if disciplinary action is appropriate and, if so, the specific discipline to be imposed.”

The investigation investigates whether border patrol agents on horseback used split reins to “whip” Haitian migrants when they tried to enter the United States close to Del Rio (Texas). Pictures of the incident initially caused outrage on social media, with some going so far as to compare the agents’ actions with those of the slave prisoners in Antebellum South.

Other witnesses, however, have defended the agents and said no one whipped anyone.

“Some of the Haitian men started running and trying to walk around the horses, and that was about when it all happened.” said photographer Paul Ratije to KTSM Right then.

“I’ve never seen them whip anyone with the thing,” he said of the reins. “He swung it. But I did not see that he actually took – whip someone with it. It is something that can be misinterpreted when you look at the picture.”

In the days that followed, President Biden promised to get the agents involved to “pay” for their actions, although some officials speculated that they would just get minimal punishment given the lack of evidence.

Homeland Security Secretary Alejandro Mayorkas revealed in September that border patrol agents were involved assigned to desk service while the incident is being investigated with “enormous speed and with enormous force.”

That same week, Mayorkas said the investigation would be completed within a “matter of days, not weeks.”

Mayorkas was confronted about the matter on Tuesday by Senator Mike Lee (R-Utah) during a Hearing in the Senate Justice Committee.

“How about the problem that your border guards were recently accused by some people in the media of whipping illegal immigrants, when in fact they were not?” asked Lee. “Why in the world did you not defend them? Has no one in your entire department ever become aware of how to use split reins when riding a horse?”

“I stand with the men and women in our department throughout,” Mayorkas replied, “and I will not foresee facts sooner—”

“Did you defend them when they were attacked for whipping people, which they were not?” Lee interrupted.

“Senator, what I said quite clearly is that the independent inquiry will establish the facts, and those facts will guide the outcome. Nothing less and nothing more.”

“Your response and your failure to defend them, then and now, is nothing but morally crushing,” Lee said. “If you want to maintain or gain operational control over the border – which you do not have now – this is not a way to get there.”

“DHS is still committed to conducting a thorough, independent and objective investigation,” the department said on Tuesday. “DHS will share information, as available, consistent with the need to protect the integrity of the investigation and the privacy of individuals.”