Home
»
World News
»
The economy is on the brink, the Taliban rely on former technocrats 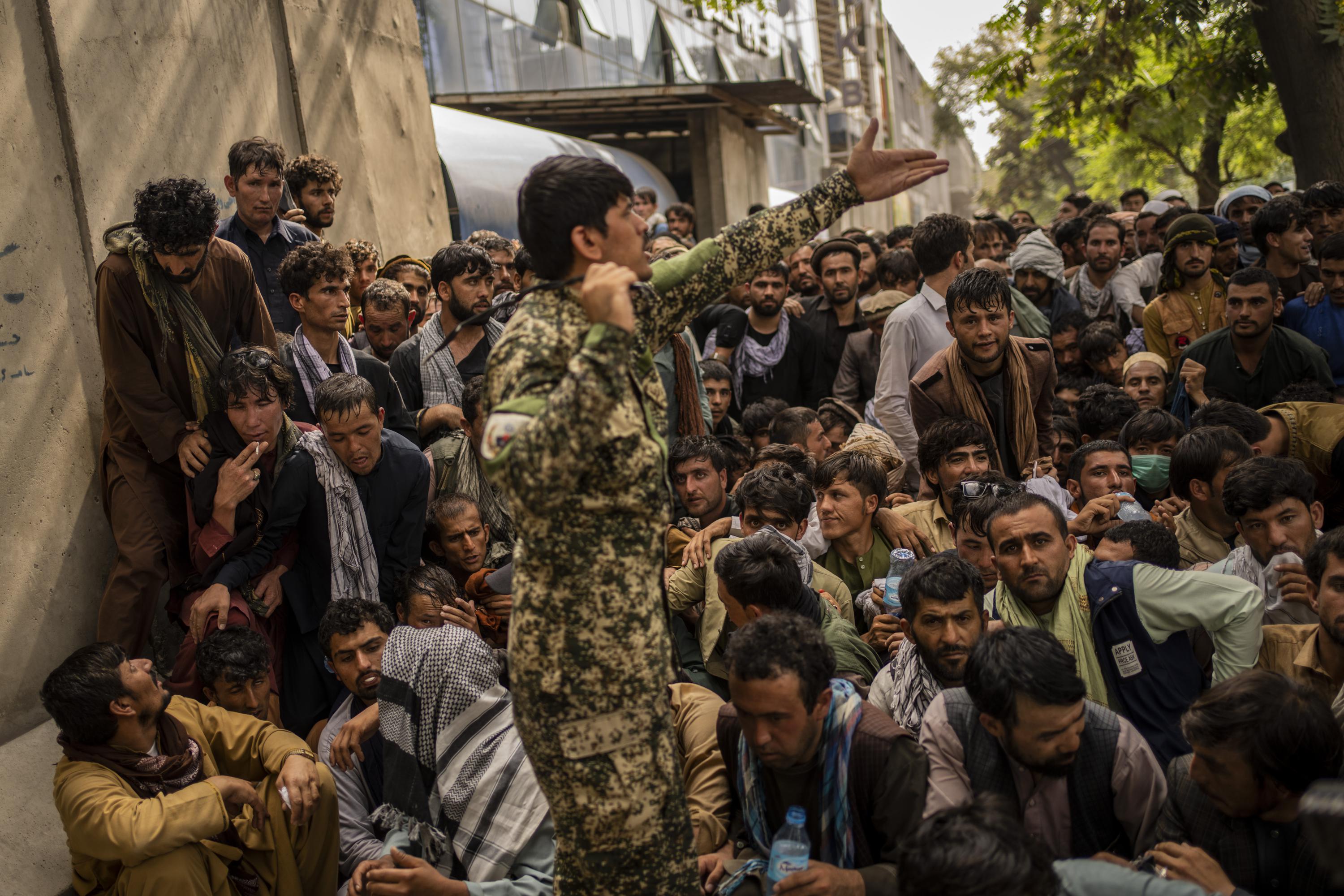 KABUL, Afghanistan (AP) – When the Taliban swept to power, they found Afghanistan’s economy rapidly approaching the brink and faced harsh predictions of growing poverty and hunger. So they ordered the chief financial officers of the previously collapsed previous government to return to work, with an urgent directive: Do your jobs, because we can not.

In the 20 years since the Taliban last ruled, Afghanistan has evolved from an economy that is primarily about illegal enterprises to a sophisticated multi-billion dollar system run by donor aid and international trade. The Taliban, a movement of rural priests, struggled to understand the extent of the transformation.

Four employees of financial institutions told the Associated Press how the Taliban ordered bureaucrats from the previous government’s finance ministry, central bank and other state-owned banks to return to work. Their accounts were confirmed by three Taliban members.

“They told us, ‘We are not experts, you know what’s better for the country, how we can survive these challenges,'” reminded a government official, who, like others, spoke on condition of anonymity because he was not authorized to speak. on record.

They said to him, “Do what you have to do,” but warned, “God is watching over you, and you will be held accountable for what you do on the Day of Judgment.” ”

Silently, these technocrats give advice to the Taliban’s leadership in the operation of the paralyzed financial sector. They tell you what to do and how to do it. But as experienced experts, they see no way out of Afghanistan’s economic swamp: With billions in international funds frozen, the best thing they can do is raise $ 500 to $ 700 million in domestic revenue, not enough to pay government salaries or provide basic goods and services.

The Taliban support relations with local businessmen to keep them afloat, while the leadership argues for international recognition in meetings with foreign officials.

The Taliban’s takeover in mid-August resulted in a sudden halt to most donor funds. These payments accounted for 45% of GDP and financed 75% of government expenditure, including public sector wages. In 2019, total government spending was nearly $ 11 billion.

With the ongoing drought, the UN predicts that 95% of the population will be hungry and as much as 97% of the country is at risk of falling below the poverty line.

The United States froze billions in dollar reserves in line with international sanctions against the Taliban, eroded the liquidity of both the central bank and the commercial banks and limited their ability to make international transactions.

This has undermined international trade, a cornerstone of the Afghan economy. Intermediary banks abroad are reluctant to make transactions in view of sanction risks. Informal trade continues, however. The International Monetary Fund predicts that the economy will contract sharply.

In the Ministry of Finance and the central bank, close daily meetings revolve around obtaining basic staples such as flour to ward off hunger, centralize customs collections and find sources of income among critical shortages of household items. Afghanistan imports all fuel oil, 80% electricity and up to 40% wheat.

The technocrats’ frustrations are many.

Regardless of the dollar, there is not enough local currency, the Afghans, in circulation, they said. They blame this on the previous government for not pushing enough before Kabul’s fall in August.

It is quiet in the corridors when it is full of employees. Some officials show up only once or twice a week; no one has been paid. A department responsible for donor relations once had 250 members and dealt with up to 40 countries; now it has at best 50 employees and one interlocutor: the UN.

There are no women.

Many are growing outraged by the Taliban leadership.

“They do not understand the size,” said a minister in the ministry. “We had a $ 9 billion economy in circulation, now we have less than $ 1 billion.”

But he was quick to apologize to them. “Why would I expect them to understand international monetary policy? They are guerrilla warriors at heart. ”

The returning government workers said that the Taliban seemed real in wanting to eradicate corruption and offer transparency.

They are not allowed to know everything. A well-kept secret for the Taliban is how much cash is left in the treasury. The ministry and the bank’s officials estimate that this could be between 160 and 350 million dollars.

“They are very sincere about the country, they want to increase morale and create friendly relations with neighboring countries,” says another bank official. “But they have no expertise in banking or finance. That is why they demanded that we return and that we do our work honestly. ”

Mawlawi Abdul Jabbar, a Taliban government adviser, said the returning experts were “with the government. And they are working on the economic issues to solve these problems. ”

The Taliban are strengthening relations with businessmen who trade in basic goods with neighboring countries.

Taliban adviser Abdul-Hameed Hamasi is an active advocate for establishing business relations. He was recently greeted with a warm embrace at the wedding of the son of the eminent businessman Baz Mohammed Ghairat.

Ghairat’s factories process everything from cooking oil to wheat. Hamasi said the Taliban gave him security, including permission to drive in bulletproof vehicles, so he could continue.

But the central bank’s withdrawal limits are Ghairat’s main concern. Without access to deposits, he can not pay traders, he said.

The economic woes preceded the rise of the Taliban. Corruption and ill-treatment were widespread in the previous government.

The Taliban’s capture of border posts and transit hubs ahead of the fall of Kabul exacerbated the situation.

Government officials, teachers and civil servants had not been paid for two to three months before the government collapsed. Many sold household items or accumulated debts to neighbors and relatives to survive.

Sayed Miraza, an employee of the Ministry of Agriculture, arrived at the bank at 4 o’clock on a Saturday morning. People had already lined up to access their weekly limit of 20,000 Afghans, or $ 200.

Miraza’s account is empty. He came to pick up a Western Union transfer from a nephew in the United States. “We ran out of food, so we had to ask for help,” he said. At 9 o’clock he was still waiting.

At a flea market in Kabul, Hematullah Midanwal sells the items to people who have run out of money.

“They sometimes come with their whole living room, all the way down to spoons,” he said.

Many hope to leave Afghanistan. Given the chance, the technocrats who run the country’s finances would also leave, says every single person interviewed by AP.

A central bank official said he was waiting for his asylum papers to go to a western country. “If it comes, I will definitely leave. I would never work with the Taliban again. ”