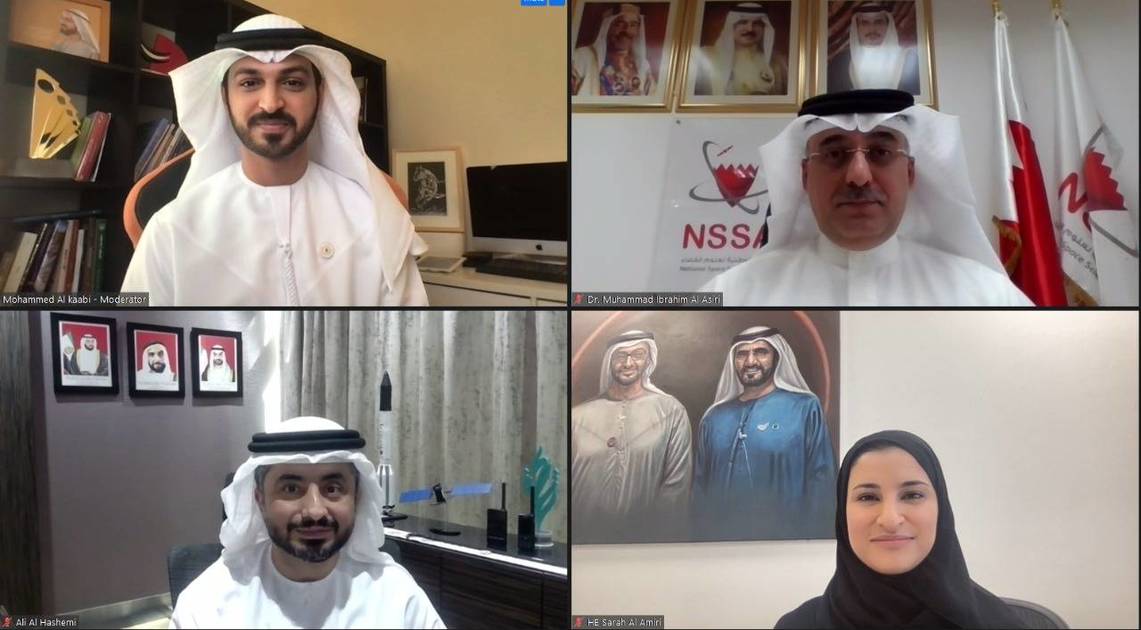 Sarah Al Amiri, Prime Minister of Advanced Technology and President of the Emirates Space Agency, confirmed that the United Arab Emirates is moving the space sector in the region to an unprecedented global level, as it has managed to establish its position among the five major players in space exploration by reaching Mars. and the country and its investment environment witnessed stories Outstanding successes in the aerospace industry and the use of satellites for commercial and other purposes.

During a virtual session organized by the UAE Government’s media office, she added yesterday, Thursday, the opportunities for investment opportunities for investors in the space industry and the ways of Bahraini-Emirati cooperation in the “Fifty projects” campaign, United Arab Emirates targeted opportunities and talents to invest in the space sector , where the value of government investment reached In the space sector, more than 22 billion dirhams in recent years, pointed out that the state owns more than 10 orbital satellites and 7 other satellites under development, in addition to more than 50 companies, institutions and space facilities operating in the country as includes international companies and start-ups, and 5 research centers and 3 specialized programs in space science to train qualified cadres to lead the space sector, for further development.

Regarding the information from the Emirates Mars exploration project, “Hope Probe”, Al-Amiri said that Hope Probe, which is currently in its orbit around Mars, is conducting space explorations that reformulate scientific theories, pointing out that within 6 months, the United Arab Emirates had an Arabic imprint in reformulating space science concepts from Under pre-surveillance performed by the probe.

She explained that the first set of data collected by Hope Probe was released and made available through the probe’s website, as it witnesses a great demand from researchers around the world to obtain it and benefit from it in formulating scientific theories and others.

She said that the UAE’s project to explore the planet Venus and the asteroid belt in the solar system, announced by the UAE’s leadership on October 5, 2021, is a historic station in the UAE’s space industry, which will provide a qualitative incentive to attract locals. regional and global investments specialized in advanced technology related to the space industry to the country. United Arab Emirates, which supports the consolidation of its position as a platform for promising emerging space technology projects, and a destination for promising minds, skills and talents specializing in space software, science and innovation.

Al-Amiri stressed the importance of the momentum created by the new project to sustain growth in the industries, innovations and space technology sectors, opening the door to promising investment in this area in the Gulf Cooperation Council (GCC) region. astronaut said that the ceiling for the challenge is always rising in the UAE, as wise leadership is used to.

She stressed the importance of the role of young cadres specializing in the space sector to attract students in schools and universities with science, technology, engineering and mathematics and stimulate their scientific passion and knowledge.

She pointed to the importance of space technology and science in improving the quality of life in future cities and societies, in the world and in the region in particular, by benefiting from the scientific, knowledge and technological production achieved by engineers, scientists and innovators in the ambitious space projects Launched by the United Arab Emirates, it places its scientific and research findings within the reach of the scientific community. global service to humanity.

Sarah Al-Amiri drew attention to the collaboration between research centers in the space field in the country to train promising Bahraini talents in the sector and emphasized that the country’s infrastructure and legislative infrastructure enable the space sector and the UAE’s ability to share experiences with friendly and fraternal countries such as the Kingdom of Bahrain.

She praised the Kingdom of Bahrain’s efforts and initiatives to strengthen young energies and new projects in the space sector, and praised Bahrain’s accession to the Arab Group for Space Cooperation.

Dr Mohammed Ibrahim Al-Asiri, President of the National Space Science Authority in the Kingdom of Bahrain, said the new space projects recently announced by the UAE will inspire Arab youth, drive their passion and increase their interest in future areas of science, including space science, and will to double the degree of innovation that has become part of measuring nations’ progress. The pace of work in the countries of the region will also accelerate to establish and increase different sectors in the space field. All of this will be accompanied by extensive developments in the education system and diversion of investment, whether human or trade.

During the panel discussion, he unveiled a new Emirati-Bahraini partnership to build a joint Emirati-Bahraini satellite, the launch date of which will be announced before the end of this year 2021.

Ali Al Hashemi, CEO of Al Yah Satellite Communications Company “Yahsat”, said that the efforts of the wise leadership of the United Arab Emirates have led to progress in the country’s investments in space and expresses its pride in sharing investment opportunities with the Kingdom of Bahrain, where Yahsat is a of the main providers of communication services. as mobile satellite communications and logistics services via the Internet of Things and solutions based on knowledge and technology.

He added: The United Arab Emirates currently has more than 17 orbiting satellites and 10 other satellites under development, and it has more than 50 companies, institutions and space facilities operating within the country from international and new companies, and we look forward to seeing these figures. multiply many times over the next few years, especially with the announcement of the Emirates project to explore the planet Venus and the asteroid belt, which will carry out unrivaled scientific missions over a period of five years from 2028 to 2033.