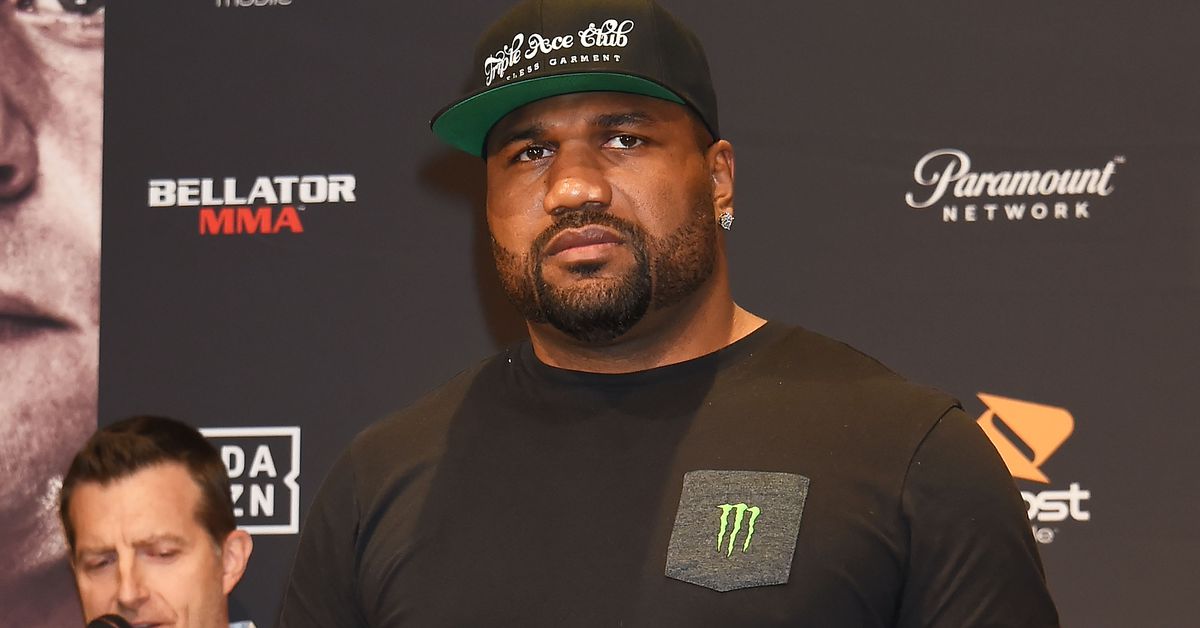 We’ve all heard the tale of the MMA fighter wanting to go into boxing. And usually it’s because of the big, fat paycheck that comes with competing inside the square ring.

But if you ask Quinton “Rampage” Jackson, he will give you a slightly different answer.

“I’ve been fighting the injury for over ten years now. And it’s MMA. When you have to practice a lot of wrestling and jiu-jitsu and stuff like that. Those injuries sneak up on you,” he said at Triller’s Triad Combat virtual press on Monday.

“But boxing, when I have trained boxing, it feels great. I do not have to hurt my knees when I try to fight people down to the ground, pick them up and slam them. Boxing, you just have to bend your knees a little bit and head movement, all that. So I’m fine.

“I fought against many of the best people in the sport. I (won) some, and I (lost) some. But the excitement is no longer there in MMA. When I started, it was such a rush.”

In his potential switch to boxing, the 43-year-old former UFC champion targets a fight against other veterans and former heavyweight champion Shannon Briggs. According to Jackson, he wants a refund for Briggs’ “disrespectful” actions.

“Shannons is really disrespectful,” he said of the 49-year-old Briggs. “I have to keep it real, I have to be honest, it’s embarrassing for me that I lost my last fight as I lost it. And Shannon was very disrespectful. Like, before I can even get to the locker room, I got a text message on my phone that said, ‘I want to fight you! In boxing!’ He called me out in boxing.

“Then he goes and (gets) really disrespectful and posts memes and puts my face on ridiculous things. Shannon is really disrespectful. And I want to shut him up. I have to let him talk and laugh. He’s the evil queen. He called me out at the worst possible time. “

At this point in his career, Rampage says he is ready to take up this new challenge.

“I’m stepping into a boxing ring with someone like Shannon’s caliber of boxing, I’m in a hurry,” he said. “In training camp, I’m busy. It’s like, ‘Oh, if I do not understand this, there’s a chance I might be knocked out.’ I lost it over the years in MMA by fighting against everyone and doing it.

“I accept the challenge. I think Shannon would be a really tough boxing match.”

Rampage, who has been a heavyweight for the past five years, last fought in Bellator Japan in 2019 against Fedor Emelianenko. He lost via KO in the first round.