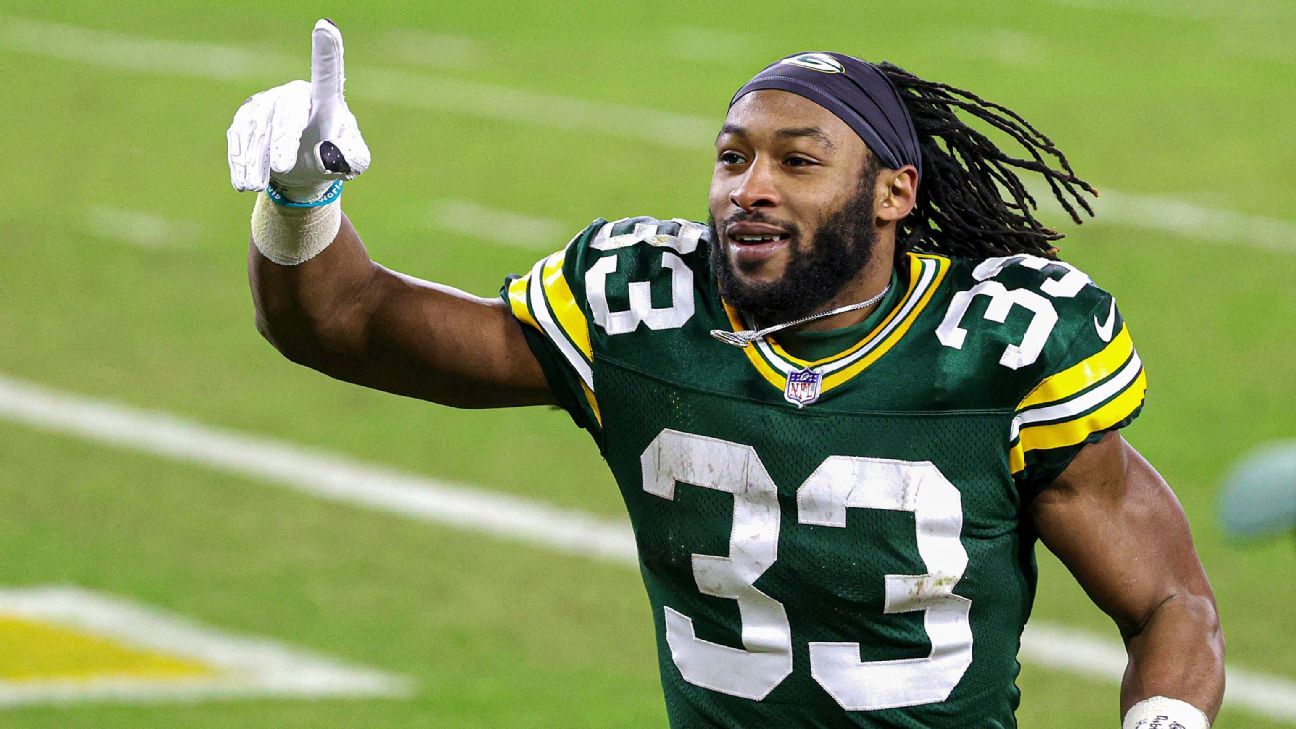 GREEN BAY, Wis. – Thanks to some ingenuity from the Green Bay Packers’ equipment staff, Aaron Jones has a way of keeping his deceased father’s ashes close to him during games.

After Jones lost the medal, which contained Alvin Jones Sr.’s ashes during a Week 2 victory over the Detroit Lions – and then recovered thanks to Packers athletic coach Bryan Engel, who found it in Lambeau Field over zone grass – Jones had the ashes with him. during last Sunday’s victory over the San Francisco 49ers.

“He put a pocket right on the left side,” Jones said Friday, pointing just above his heart. “So I can just drop it in there and not have to worry about it falling out. So I can play with it.”

In fact, the game against the 49ers is the only time he has had his father’s ashes with him since the chain broke.

Alvin Jones Sr. died of COVID-19 complications in April at the age of 56 years.