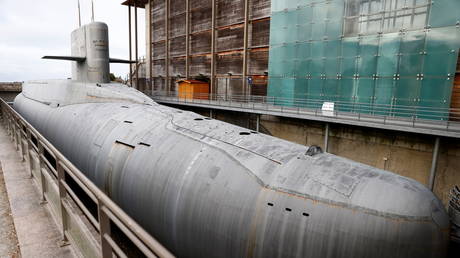 The Australian premiere has welcomed the return of the French ambassador and praised the two countries’ cooperation and common goals after Paris was outraged by Canberra’s decision to release a multi-billion dollar submarine deal.

On Thursday, Prime Minister Scott Morrison and his ministers welcomed France’s decision to return its ambassador to Australia after a protracted spitting over a submarine deal.

“We already have cooperation. See, the Australia-France relationship is bigger than a contract, “ Morrison stated and added that France has a significant presence in the Indo-Pacific and that the two nations have a long-standing commitment to a number of different issues.

Earlier on Thursday, Australian Foreign Minister Marise Payne said the return of the ambassador would help repair relations between the two countries. “We will work with France to move forward with our relationship. We realize that this will take time and ongoing commitment after our submarine decision. The return of the ambassador is a welcome step in this process, “ Payne said in a statement.

Treasurer Josh Frydenberg also conveyed a similar message and stated that it was a positive development to go beyond the recent disappointments.

Also on rt.com
If France is such a good ally, why not give the Aussie submarine deal back to Paris? Chinese state media trolls the US government department


Last month, Australia signed a $ 60 billion diesel-electric submarine contract, signed in 2016, with the French naval group. Canberra instead signed an agreement with the United States and the United Kingdom, according to the AUKUS safety pact, for the delivery of a new fleet of nuclear-powered, conventionally armed submarines with American and British technology.

France claims that it was dark from the AUKUS message, which in turn saw the termination of the Naval Group contract. Paris called it one “cut in the back“And even the three parties condemned the beating of an ally. France also withdrew its ambassador to the United States following the announcement of the Tripartite Pact.

On Wednesday, France said Ambassador Jean-Pierre Thebault would return to Canberra but did not specify a date.

France has also argued that the dispute with Australia is not just a French problem, but an EU issue. Last week, the EU said it would postpone the next round of talks with Australia on a free trade agreement in solidarity with France.

Canberra has suggested that there have been problems with the French contract for several years.