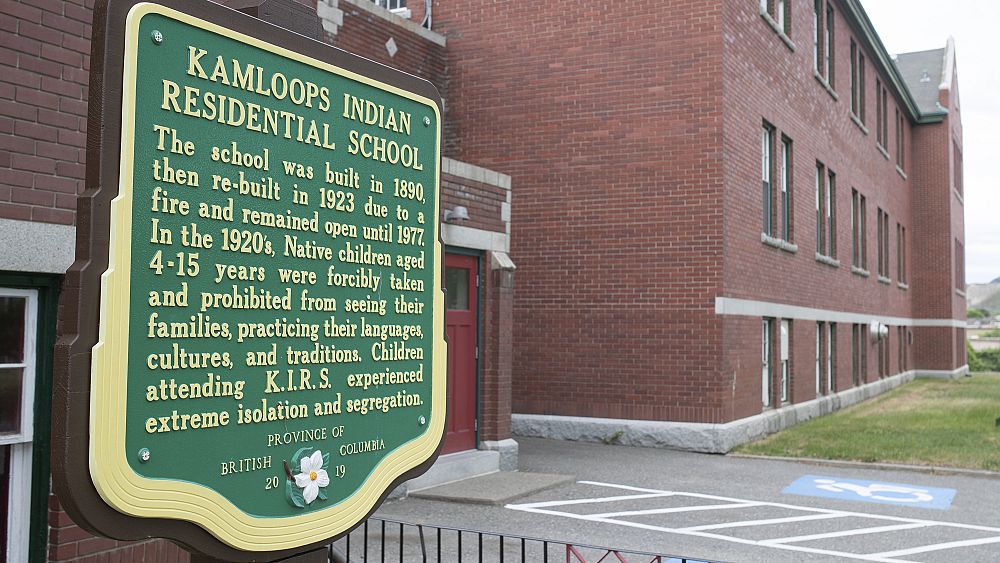 According to a local indigenous community, the remains of 215 children were found at the site of a former residential school in Canada that was established more than a century ago to attract Indigenous people to the mainstream community.

“Some of them were as old as three years old,” said President Rosan Casimir.

He said the children’s deaths, which are unknown and when they occurred, have never been documented by school management, even if their disappearances have been reported in the past by members of the community.

Preliminary findings are expected to be released in a report in June, Casimir said.

Meanwhile, the community is working with provincial medical investigators and museums to try to shed light on this horrific discovery and find any evidence of death.

“I am heartbroken,” Canadian Prime Minister Justin Trudeau responded on Twitter. “This is a sad reminder of this dark chapter in our history. My thoughts are with all those affected by this sad news.”

Since coming to power in 2015, Trudeau has made reconciliation with the first Canadians a priority.

The former residential school, run by the Catholic Church on behalf of the Government of Canada, was one of 139 institutions established in the country in the late 19th century until the 1990s.

The first 150,000 children of the nations, Metis and Inuit, were forcibly sent to these schools, where they were separated from their families, languages ​​and cultures.

According to the findings of the National Commission of Inquiry in 2015, many were sexually abused or abused, and at least 3,200 people died there, most of them from tuberculosis.

The commission heard testimony from several Native Americans that misery, alcoholism, domestic violence, and high suicide rates, which still plague many communities, are largely the legacy of the residential school system.

According to a press release from the Society, in 1910, the head of the Sesselo Camelops Institution complained that the Canadian government had not provided sufficient funding for “proper nutrition for students”.

Crown and Indigenous Affairs Minister Carolyn Bennett said the latest discovery “is a reminder once again of the damage that families and survivors have suffered and are still suffering.”

“We are determined to support the families, survivors and communities and the memory of these missing innocent people,” he added.

The National Commission of Inquiry concluded that they were victims of “cultural genocide”.

Apply for 2021 coverage now to exceed the open enrollment deadline

How much does builders’ risk insurance cost?