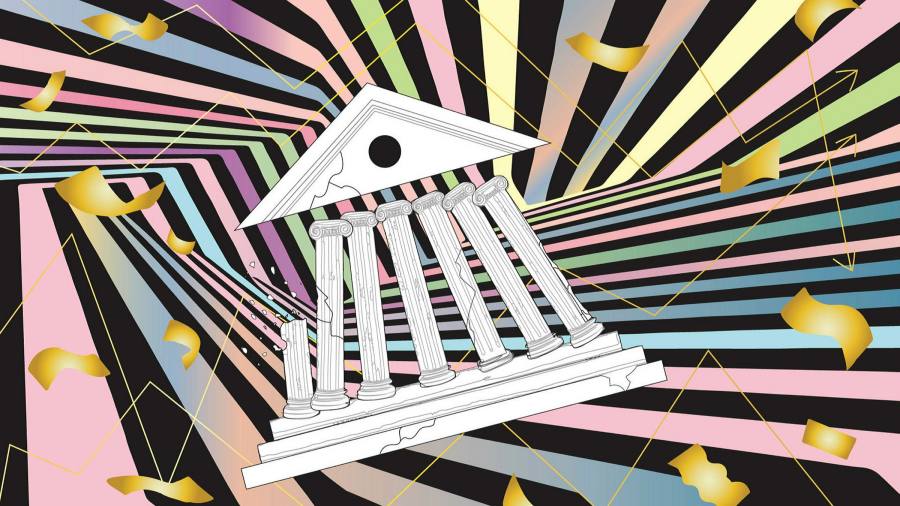 For almost two years, a frightening issue has haunted the US Treasury Department and the Federal Reserve. No, this is not whether the Fed can construct a smooth exit from quantitative easing; nor if this is the right time to change governor (and policy).

Most notably, when investors woke up to the financial risks associated with the Covid-19 pandemic, government bonds sold so dramatically that trading froze. This in turn posed such a major system threat that it forced the Fed to go in with what John Williams, NY Fed President, has called for “astonishing” amounts of liquidity support, reaching nearly $ 1 billion every day.

Thankfully, Fed intervention prevented a complete crash. But as one paper published this week by a body called the Inter-Agency Working Group on Treasury Market Surveillance points out, a much milder echo of that shock re-emerged in February. And it can easily happen again soon. After all, inflation is now rising in a way that has created increasing demands for an interest rate hike in the US.

Despite this, many investors are rocked into a “dreamland”, as Pimco’s founder That’s what Bill Gross told the Financial Times this week, because they assume that long-term interest rates will remain low indefinitely. This is bizarre, given the outlook for prices and growth, which has propelled stock markets. If nothing else, it indicates that the repricing of bonds is delayed.

That brings us back to the main problem that haunts the Fed: can this adjustment be made without a further 2020-style freeze? There is good and bad news on this front. To begin with the good: 20 long months after that Covid-19 market shock, the financial authorities now understand the source.

The significant problem can be likened to someone rebuilding a house after a violent storm, but only holding up half the foundation. More specifically, a decade ago, in the aftermath of the 2008 financial crisis, regulators tightened capital rules for banks in a way that made it too expensive to hold large amounts of government bonds in their books. This move strengthened half of the foundation of the financial system – it made banks more secure – but had the unintended consequence that they were forced to withdraw from traditional market-creating roles.

This has coincided with an increase in “main trading companies” (or high-frequency trading funds), which have moved into the financial sector with their computerized models and now account for 50-60 percent of the business, as Gary Gensler, Securities and Chairman of the Exchange Commission, noted this week.

When market conditions are calm, the PTFs create strong, liquid bases for trade. But in a crisis, they have no incentive to act as market makers, are more likely to flee and, as the IAWG newspaper notes, when some large holders of government bonds – especially foreign investors – trimmed the exposures in March 2020, nothing could absorb the sales shock.

What made the situation doubly damaging was that some hedge funds had built huge, hidden derivative positions. In other words, the easily regulated basis of the system created large cracks, even though the banks were secure.

The bad news is that there is no easy or quick solution to these problems – even if the authorities understand them. This week, the Fed convened one conference which floated ideas to protect the market from future shocks. Gensler, for example, demanded that the annoying PTPs be placed inside the SEC’s regulatory network. He also suggested that government bonds be cleared on a central platform.

Some of these ideas make sense. Personally, I would be wary of any widespread softening of post-crisis reforms. But it would be useful if the rules were adjusted to help brokers act as market makers in the financial sector. This is actually exactly what the Fed did temporarily in 2020. It would be even more meaningful to introduce more oversight of PTPs, through a clearing house or regulatory review (or both).

But as so often in Washington, it would be very naive to expect that a completely sensible set of solutions will be implemented quickly. It has been clear that structural cracks have emerged in the government bond market ever since a so-called rapid crash – or freeze – hit the sector, briefly, in 2015, before 2020. The Fed has since tampered with small reforms. But it has taken six long years to start a serious political debate. It can take just as long again to actually make major structural changes.

Investors should learn two lessons. First, they must pay attention to who rreplaces Randal Quarles as head of financial oversight at the Fed, as these issues will partly fall into his or her lap (along with the recently hyperactive SEC). Secondly, when the markets wake up from the dreamland and price government bonds, there is a good chance that we will see another nasty market push.

Unless, of course, the Fed continues to act as a trillion-dollar-a-day market maker in the last resort. Which, of course, is not how free market financing is supposed to work.