Yep, things are pretty bad for the Wallabies at the moment. As a fella who started watching the Wallabies 30 years ago and have grown up entirely on league, I can honestly say this is the worst state they have ever been in.

I never thought I would miss the Michael Cheika era but at least he started well before things went haywire. Since Dave Rennie took over there has been the odd glimmer of hope from a match or two but the rest has been just miserable.

Another Roar poster noted that 30 matches into Cheika’s term as coach he had a 56.7% win rate. This compares to DRs 36.7%. But it gets worse when you look at the breakdown of home and away matches.

Because of COVID, Rennie has had the luxury of the following home and away fixture setup.

That’s a massive advantage. Compare that to poor Cheik who was racking up the hotel stays:

Some people say we have to accept that Australia is not a good rugby nation, we don’t have the cattle, and any other reason to accept our poor showing. I find that hard to accept.

The reason I won’t just accept these excuses for our recent failures is they are not based on facts. We are historically a very good rugby nation. 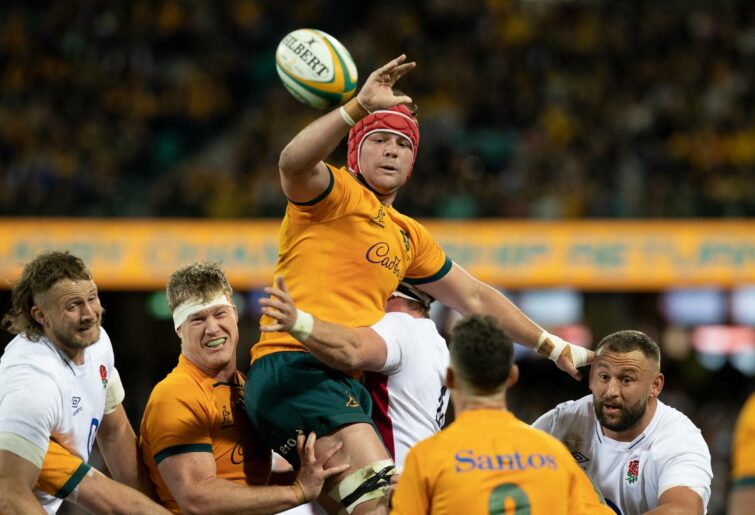 Harry Wilson of Australia in the line out. (Photo by Steve Christo – Corbis/Corbis via Getty Images)

The third best in the world with NZ easily the best, Australia just behind SA and England just behind us. Here are the numbers to back it up.

Englands recent dominance over us would have some people say that they have been the third best overall. They have won 28 to our 26 with one draw.

But if you look deeper it is clear we are still ahead of the old enemy overall. Because of the way tours work England have the advantage of having played 29 of those matches at home to our 23 with 3 in a neutral venue.

If you look at our win % against the other major rugby nations it becomes clear we have the edge (the first percentage is Australia’s, the second England):

Only Argentina, of all nations, do the Poms have the edge over us.

The rankings system will tell the same story.

I don’t have the figures from this year but it would push Australia down just a touch and not change England much.

Since the rankings system was created we were within the spaces of 2 to 4 for 95% of the time up to 2018 briefly dropping to 5 or 6 for very short periods of time.

Since 2018 we have just touched a high of 3 briefly but spent 95% of the time between 5-7 and am now at an all time low of 9. We as fans have a right to be aggrieved as in the last 4 years we have dropped 6 rankings places than we are used to. 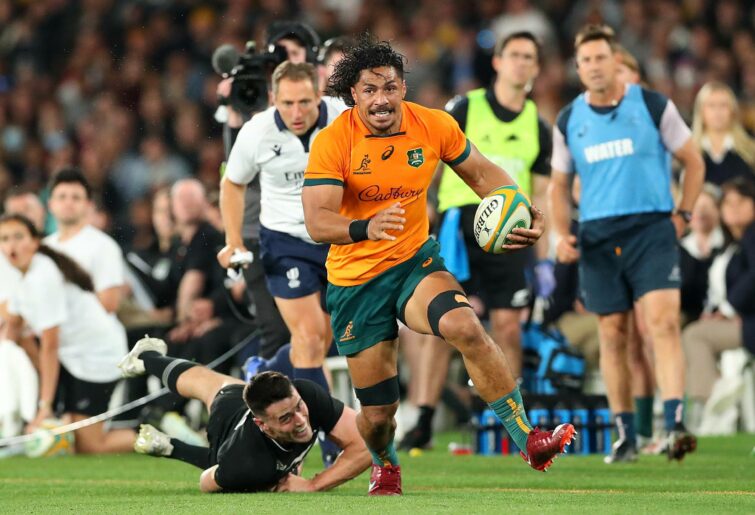 The legacy of the end the Cheika’s era was a complete neglect of the defensive breakdown. Maybe because he had Dave Pocock he decided the rest of the players could just stand back and watch him rack up the pilfers.

This legacy has been carried on in the selection of our forwards through the Rennie era:

That’s our forward pack from the weekend. If I am an opposition player I realistically only see 1 threat over the ball (Samu). Nick Bishop wrote an excellent article the other week pointed out that it wasn’t until Fraser McReight came on the pitch that we actually got on top of the Kiwis at the ruck in the Adelaide match and hence got us into a match we should have won.

The same was true this week. We were down 27-0 before McReight came on and were losing the ruck and tackle turnovers 4 to 2. By the end it was 6 to 5 in favour of Australia and the score was 14-13 to Australia in that period. McReight was aided by the presence of Angus Bell who is very strong on the ball along with Samu.

There are probably only two things in life that I am sure about. One is that the invention of beer could be the greatest moment ever for humanity. And two is that you will not win many Test matches if you don’t compete hard at the breakdown to win turnovers and disrupt opposition ball.

In reality, a team needs at least three or four forwards to be attacking the ball to have a realistic chance to defend in international rugby.

You probably need at least another in the backline too (Lalakai Foketi has added to his ruck game and so his injury also didn’t help). Dave Rennie has followed on Cheika’s selections of big ball runners over ball poachers. 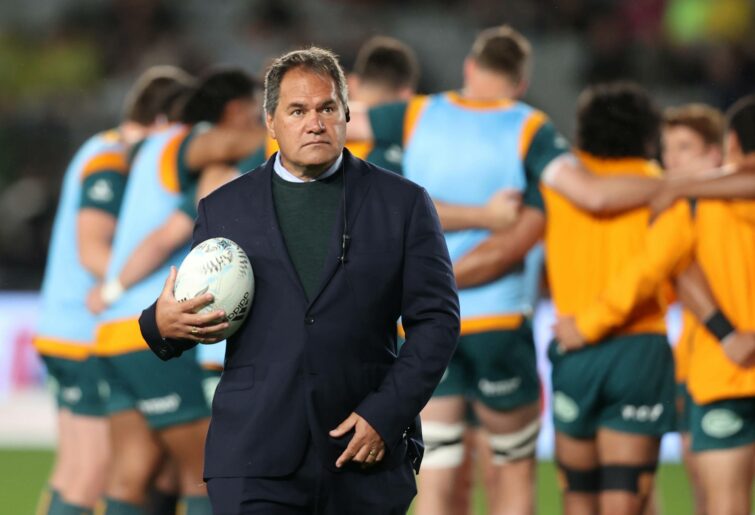 The 2015 Wallabies that went to the World Cup Final had Fardy, Hooper and Pocock going hard at the ball in the forwards and Adam Ashley-Cooper in the backs.

We probably don’t have as high a quality poachers as these going around now but the likes of Liam Wright or Luke Reimer need a look in with McReight spending more time on the pitch. Even Dylan Pietsch or Mark Nawaqanitawase who have been excellent over the ball might be a back options from the bench.

HJH is excellent over the ball and his injury hasn’t helped either.

Maybe DR doesn’t want to change his playing group. Fair enough. But for gods sake make your current players get over the ball!

Australia did this perfectly in our brilliant 30-17 win over South Africa last year. We won seven forced ruck and tackle turnovers to South Africa’s one in that game. So, we have the ability and the players it all comes down to coaching and selections.