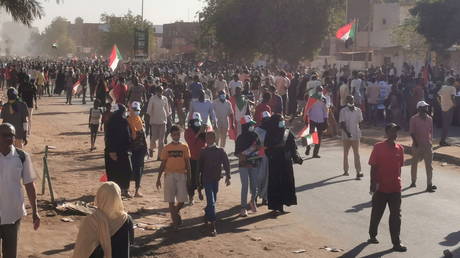 Security forces fired tear gas as thousands of protesters took to the streets of the Sudanese capital Khartoum on Thursday to reject a power-sharing agreement between the North African country’s civilian prime minister and the military.

Protesters were angry over Sunday’s agreement between General Abdel Fattah al-Burhan and Prime Minister Abdalla Hamdok. It saw that the Prime Minister, who had been under house arrest since the military coup last month, was reinstated.

“We refuse this agreement … we want a complete civil society. We want a full civilian government, said one of the protesters, summing up the mood in the crowd.

While thousands took part in the rally, the turnout was much lower than the organizers had expected. According to Gazdiev, locals are beginning to lose faith in the promise of political reform and a fair general election, which was made after Sudan’s longtime leader Omar al-Bashir was ousted in 2019.