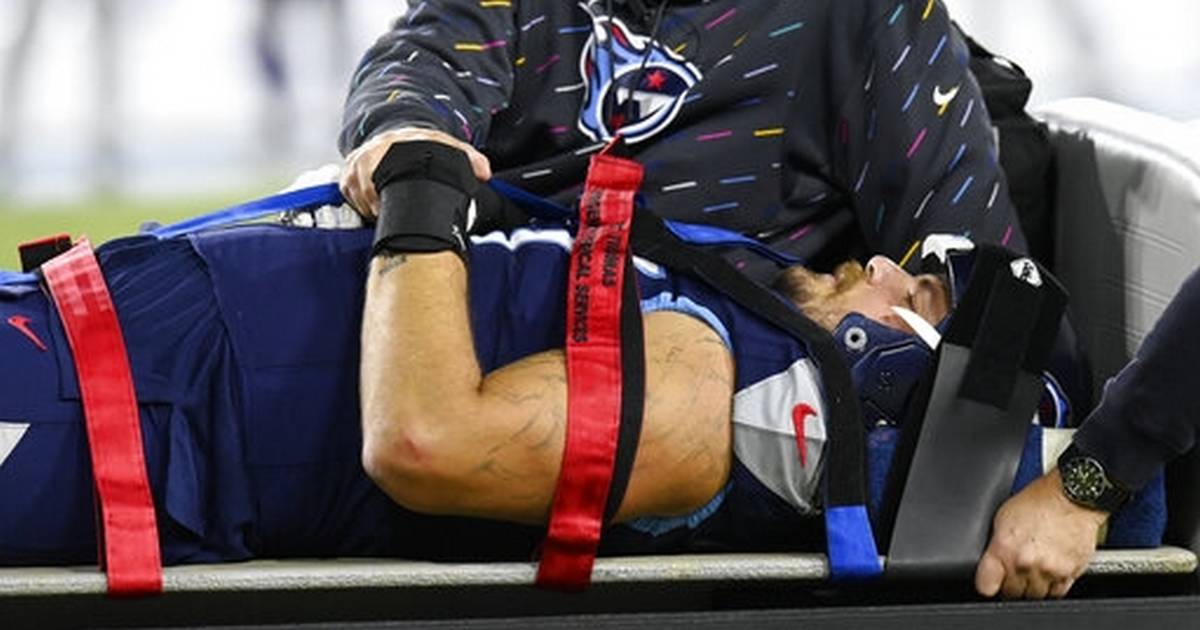 NASHville, Tenn. — Tennessee Titans left-hander Taylor Lewan was ejected from the field tied to a backboard after taking a blow to the head and neck against the Buffalo Bills on Monday night.

According to the Titans, Lewan was being evaluated for a concussion and had motion in all of his extremities.

Lewan’s helmet landed hard and awkwardly on a Bills defender’s body after the Titans played Derrick Henry’s game with 4:44 left in the second quarter. Lewan lay facedown on the field.

A car quickly came out and Lewan was placed on a stretcher. As the car left the field, he raised his right arm, thumb in the air, and made a ‘stop loose’ sign. He tore his right anterior anterior cruciate ligament about a year ago and finished the 2020 season.

The Titans had already eliminated corner player Caleb Farley, the 22nd overall pick, after hurting his left knee early in the first half.

Tennessee entered the game with 16 substitutes.