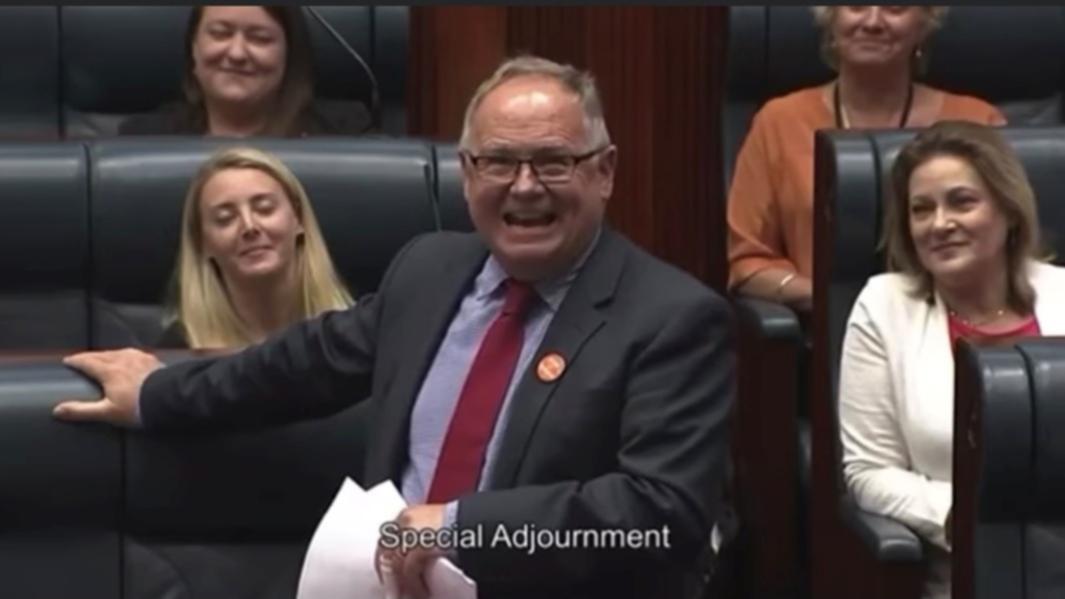 Arts Minister David Templeman got a big shout out in Parliament on Thursday when he released his annual song about that year.

It also took a hit in the eastern states over the infamous GST war and cast a shadow over Clive Palmer and his anti-vaccine opponents.

The Mandurah member’s performance of Parliament has become an annual tradition to mark the end of the sitting year in the Lower House.

Lawmakers can make speeches to bridge the ups and downs of the past 12 months and thank those who made the year bearable.

Mr. Templeman was the only one to sing, but he managed to burst the house with laughter – especially Premier Mark McGowan, who was sitting in the front row.

“As we chatted at the urinal, we saw things we had never seen before… saw who thought we were going to see a Grand Finale,” Mr. Templeman said.

“They want our GST, they can go and get filled … because there is no doubt that in all this other states put less than they get.

Remember the little girl he said “My name is Cleo”.

“Escape from Clive Palmer and the conspirators while putting up with the anti-vaccine.”

When Mr. McGowan made his speech, he joked that because the Labor Party had so many members elected in a historic landslide, he had to use the dining room as opposed to the boardroom.

He also recalled how Mr. Templeman was the “most drunk” person at his wedding.

You can also check out the wrap of 2020 in the video below.