“Let’s roll again! I’m on!” Marvel + Disney has released a fun official trailer for their next episode in their next episode of the Call of Duty series ‘Assembled’ by Marvel Studios. This “Making” series has to do with the new Disney + Marvel shows that are debuting this year – including Wandavision, Falcon and Winter Soldier, And Loki Coming soon. For the latest app about this one The Making of the Falcon and the Winter Soldier, Which looked closely at what made this series. Not only does it cover the production, but it also seems to talk about the storyline and how the new characters have moved from Chris Evans ’cap to Anthony Mackie’s Falcon. “Beyond Beyond and Behind the Screen” “I always like to see behind-the-scenes features because we get a glimpse of how huge and complex filmmakers get big big stage levels, thousands of people, huge sets, cameras and much more. Today Disney + A 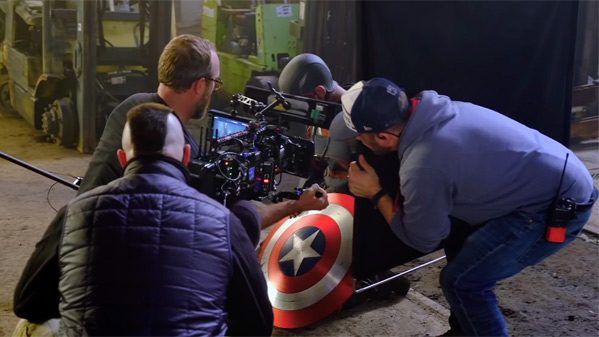 You can also watch the official trailers for Marvel Falcon and Winter Soldier The series is here. And grab it for the assembled trailer from Marvel Studios Wandavision Here. Or watch episodes of it TF and TWS Disney + A.

Avengers: After the transfer of Captain America’s Mental at the end of Endgame (2019), Sam Wilson embarks on a worldwide adventure with the rest of the Barnes as they test their abilities as they battle the anarchist team Flag-Smars. Falcon and Winter Soldier Produced by Marvel Studios, directed by a Canadian filmmaker Curry Scogland; The director of the film Watermelon size, male with gun, Liberty Steel Previously, Malcolm Spellman has produced numerous TV works, including “The Handmade Tale”, “The Walking Dead” and “The Loudest Voice”, with Kevin Fagg and Malcolm Spellman as executive producers. Disney will debut Marvel Falcon and Winter Soldier Disney + A series streaming March 19. Who is watching it?