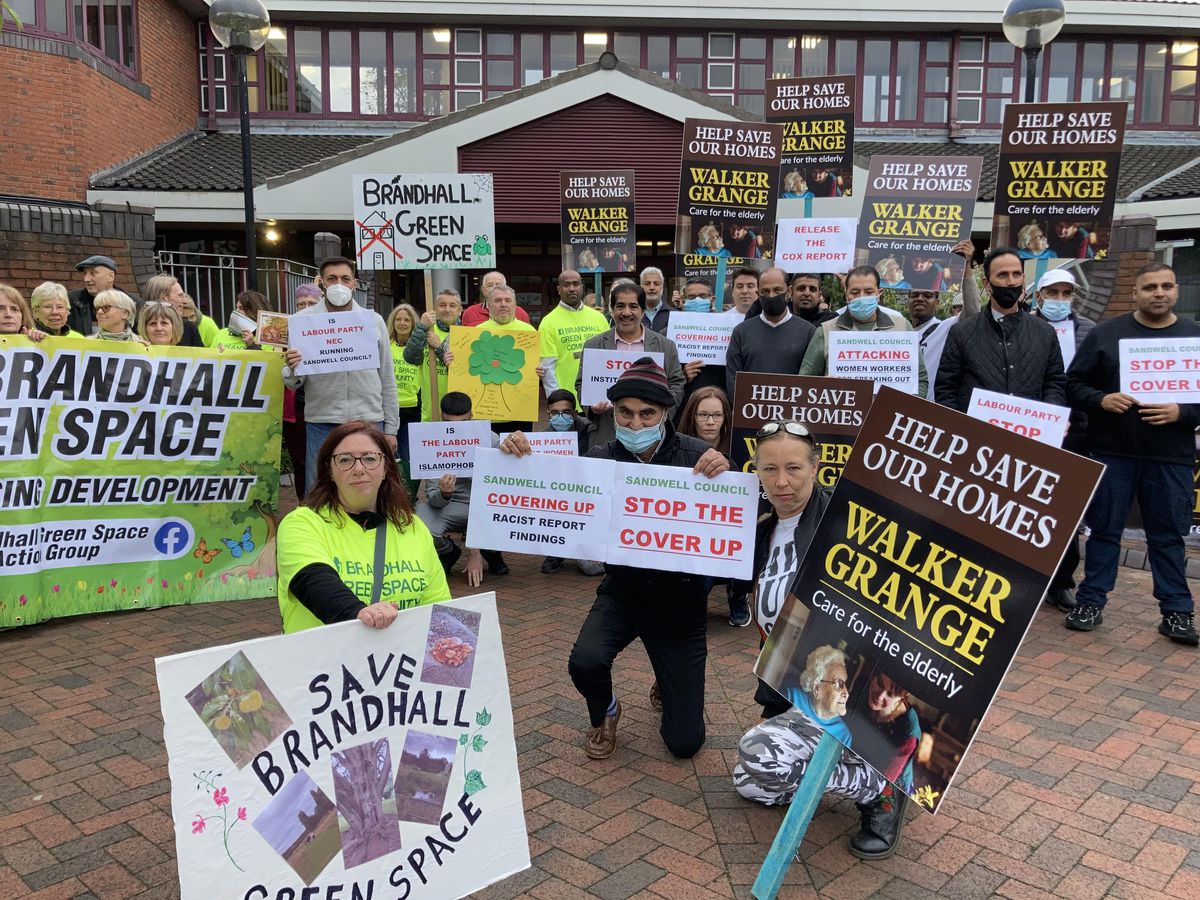 Before the meeting, protesters chanted “save our place” and “save our house” on Freeth Street as councilors entered the building.

20 relatives living in the Walker Grange nursing home, Tiptonwere objecting to a proposal that the nursing home could be sold by the municipality for £500,000.

Donning ‘Save Our Home’ T-shirts and sweatshirts, they are calling for the rescue and improvement of the 22-person nursing home.

Diane Anderson Smith, whose father Louis has lived in the same home for two years, said the council insisted the hospice was understaffed and outdated despite being “only 29 years old”.

“We relatives live close to Walker Grange, my father has an independent assisted life and can come and see me.

“This nursing home is precious and a lifeline for our community. How can they expect to sell this nursing home when the council is missing a £2.5m adult social care expenditure?

“We are struggling to keep the house open for residents and staff. ”

A three-month consultation on the future of Walker Grange began on September 23, and three options were presented: do nothing; close the house; or keep it open and modernize it.

Other protesters gathered at Sandwell Council.

The Brandhall Green Space Action Group, made up of residents from the Old Warley, Langley and Bristnall municipal wards, campaigns to keep the land for local use and to halt urban development on the land.

According to the council, Brandhall Golf Course is currently classified as restricted because it is “not fully accessible to the public” and locals “cannot use this green space as they can at other local parks”.

Stephen Paugh, who runs tours around the golf course, said it would be a shame to lose the field.

“These green spaces provide wildlife, insects and lots of vegetation. It’s great. Many people enjoyed this area after discovering it during quarantine.

“Residents want it to stay as it is. Congestion will get worse in our local area and this is the only green space we have in Warley.”

Sandwell Council argues the golf club has 318 members, which is below the expected number for an 18-hole golf course, with about two-thirds living outside the county.

They came to protest allegations that racism was “covered up” in the authority regarding the dismissed councilor Mahboob Hussain.

The leaked report casts doubt on the credibility of a Sandwell Council corruption investigation – raising concerns over alleged bias, racism and political interference.

One of the protesters, Ijaz Ahmed, said he was “not satisfied” with the way the council was working.

“Why isn’t the Sandwell Council publishing this report? How can they blame an entire community for the wrongdoings of another councillor?

“The Commissioner should be here to lead this council for a big change. It’s embarrassing. They need to find the facts.”