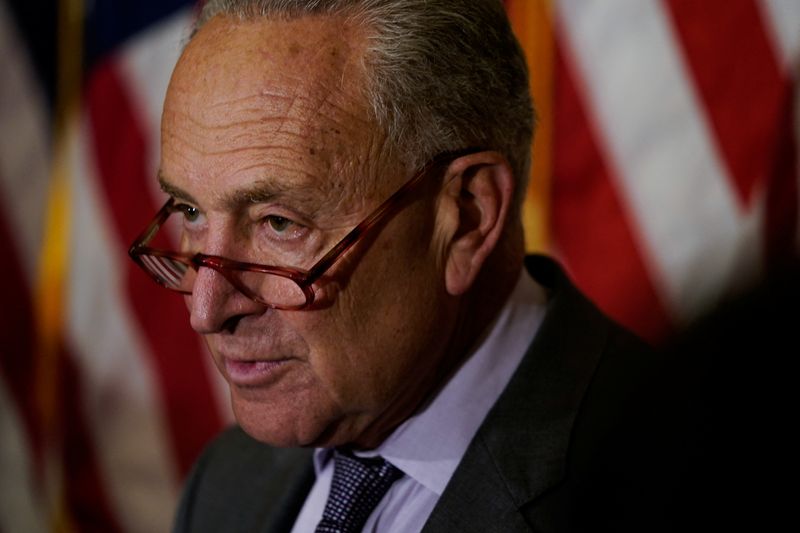 (Reuters) – The U.S. Senate will need to address the nation’s debt ceiling in coming weeks, Majority Leader Chuck Schumer said on Sunday, vowing to tackle it and other major issues in a “productive” session before the current Congress ends.

Democratic leaders in the Senate will meet this week to discuss their legislative path forward, Schumer added, declining to discuss any specifics.