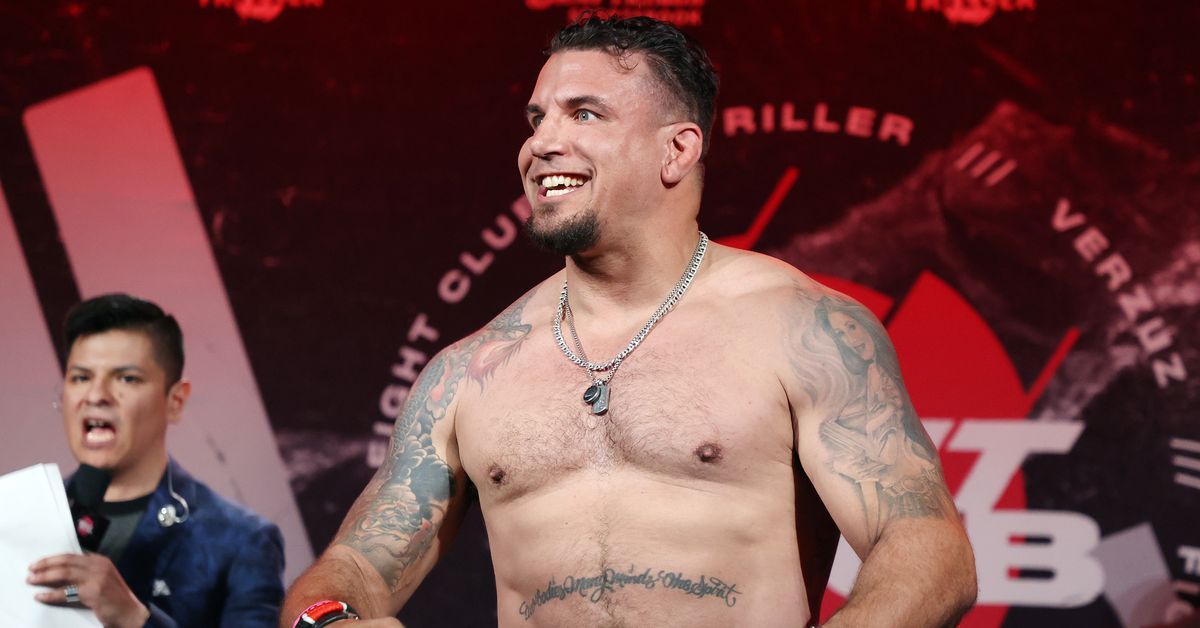 If we’re talking about MMA’s recognized heavyweights, you can probably include Frank Mir’s name somewhere on that list. Former UFC Heavyweight Champion, two memorable fights with Brock Lesnar and owner of by far one of the most brutal submission victories in MMA history.

These days, the 42-year-old Mir is more focused on boxing. This weekend, he will be part of Triller’s inaugural Triad Combat show, called a “revolutionary” sport that features both boxing and MMA rules in an “aggressive, fast-paced way.” The main catch: matches will be held in a triangular ring.

Mir will take on the two-time world title challenger Kubrat “The Cobra” Pulev, and he is already expecting a massive payday. According to him, this is the biggest money he will take home throughout his martial arts career.

“The second Brock match was close, but it was the second biggest in my career. But no. This one, in fact, if I hit my bonuses and win, then I’re basically touching seven digits, and I’ve never been within a few hundred thousand of it in the MMA world, ”Mir told Ariel Helwani in his recent performance. MMA class.

Mir credits his boxing debut against Steve Cunningham in April for his upcoming fat paycheck. He may have lost via a decision, but he felt he held out against a former world champion.

“Of course, my fight with Cunningham, I think I made a really good statement. I think it really pushed me into a position to be here,” he said.

“I represented MMA extremely well. I felt that apart from a win, it was about the best result I could have had.”

Realizing how much he could have earned in his two matches against Brock Lesnar combined, Mir tipped his hat off to Triller to take care of its talents.

“It’s a testament to what Triller is doing. To squeeze the payday and share the income. I realized that a few years ago, it’s a little bittersweet for me. I looked at the amount of pay-per-view purchases that Deontay Wilder and Tyson Fury sold, and what they took home for payday.

“Me and Brock sold several pay-per-views, and I did not take nearly as much home as any of them. Brock and I together did not take ten percent of what they took.”

The Triad Combat takes place this Saturday in Arlington, Texas, where Mir and Pulev are spearheading the event. At the co-main event is another UFC alum in Matt Mitrione, who faces professional boxer Alexander Flores.