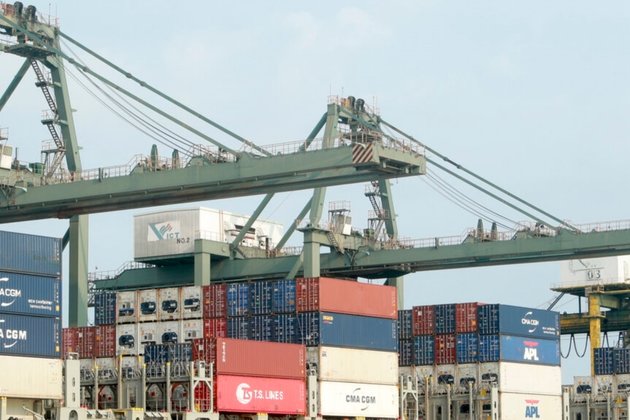 HO CHI MINH CITY, VIETNAM – Vietnam will benefit in the short term from membership in the Regional Comprehensive Economic Partnership, a free trade agreement that will come into effect in January after being ratified by Australia and New Zealand on November 2.

It is considered the largest free trade agreement in the world, accounting for approximately 30% of the world’s population and 30% of the global gross domestic product. It is expected that tariffs on more than 90% of goods traded in the region will eventually be lifted.

Vietnam sees the RCEP as one of a series of achievements in international economic integration, particularly in the context of COVID-19 and the needs of the economic recovery. Alongside the 14 Vietnam free trade agreements currently in effect, RCEP is expected to allow Vietnamese exports to enter more markets at lower tariff rates.

“In the long run, if the RCEP gets more China, Japan and Korea closer to trade, this may limit US economic integration in the region, but it may present opportunities for countries in Southeast Asia, including Vietnam. This will likely not affect ongoing change. supply chains from China,” he said.

For Vietnam, RCEP will pave the way for cheaper imports of materials needed for production. Within ASEAN alone, Vietnam’s annual imports of raw materials and production equipment exceed $30 billion. Also, according to the Ministry of Planning and Investment’s newspaper, Vietnam still has a trade deficit of several tens of billions of dollars a year with major markets like China and South Korea.

Raw materials imported from RCEP countries will be considered as raw materials produced in Vietnam when products are exported to RCEP member countries. This allows the exported product to be labeled as made in Vietnam, lowering tariffs imposed by the importing country. These are also the countries that supply large volumes of raw materials for Vietnam’s billion dollar export industries such as electronics, components, textiles, shoes and others.

“Therefore, Vietnam gains many benefits from RCEP when it has strong products such as agriculture and fisheries that meet the needs of most RCEP members. Thanks to the harmonization of the rules of origin within the RCEP block, Vietnamese goods can more easily meet the conditions of enjoyment. Preferential tariffs and especially Japan, South Korea, “Australia and New Zealand are increasing exports in the region,” he said.

Phan Thi Thanh Xuan, vice president of the Vietnam Leather, Shoe and Bag Association, said that the industry will take advantage of importing raw materials from China under RCEP. Vietnam may already import raw materials under the ASEAN-China STA, but Vietnamese-produced exports to countries other than China or other ASEAN members are not considered to be made in Vietnam. Under RCEP, such exports to Japan or other RCEP signatories enjoy lower tariffs as products made in Vietnam.

From Vietnam’s perspective, participation in RCEP has both pros and cons. Although the prospect of increased exports has led to positive economic growth indicators for Vietnam, there are concerns about how the deal will affect the domestic market for small and medium-sized enterprises, which make up 98% of companies. Goods from elsewhere, especially China.

In the shoe industry, for example, Thanh Xuan said that small and medium-sized companies have to thrive in order to survive because “their internal strength is very weak. In a competitive market, if they don’t thrive, they’re easily knocked out.”

“Actually, the share of SMEs reaches 60 percent. [in the footwear industry] however, its contribution to exports is low, being less than 20%. In contrast, foreign direct investment and large enterprises in Vietnam only account for 30% to 40%, but export rates go up to 80% to 90%,” he said.

“There are also advantages that help Vietnam increase its capacity. In the shoe industry, Vietnam has many additional advantages and is now the second largest source of footwear exports in the world. Foreign investment in Vietnam is a long-term process,” Thanh Xuan told VOA. And it has a pretty large percentage.”

“Overall, the growth potential for this industry is still very good, it’s still competitive, and it’s still gaining credibility among big brands – they’re still keeping orders in Vietnam, and foreign investors are still determined to continue manufacturing in Vietnam for at least another 10 to 20 years.”

Okun, who is also the former chairman of the American Chamber of Commerce in Singapore, said Vietnam has a huge advantage over most RCEP members as it has signed another trade agreement, the Comprehensive and Progressive Agreement for the Trans-Pacific Partnership.

He said the agreement goes further in advancing trade, such as by committing its parties to ensure that state-owned businesses compete fairly with private companies without the undue advantage of governments. CPTPP also has “high-quality digital trading rules that, if fully implemented, will strengthen Vietnam’s digital economy and create new opportunities for the digital economy to become the next growth engine for Vietnam.”

“Vietnam must act immediately to implement its commitments within the CPTPP and go beyond by establishing new digital trade agreements, as with key partners such as Singapore and the United States. This will enable Vietnam to maintain its preferential position in developing a foundation for its economic recovery, both RCEP as well as being one of the few countries to benefit from CPTPP and maximizing growth opportunities through the digital economy.”