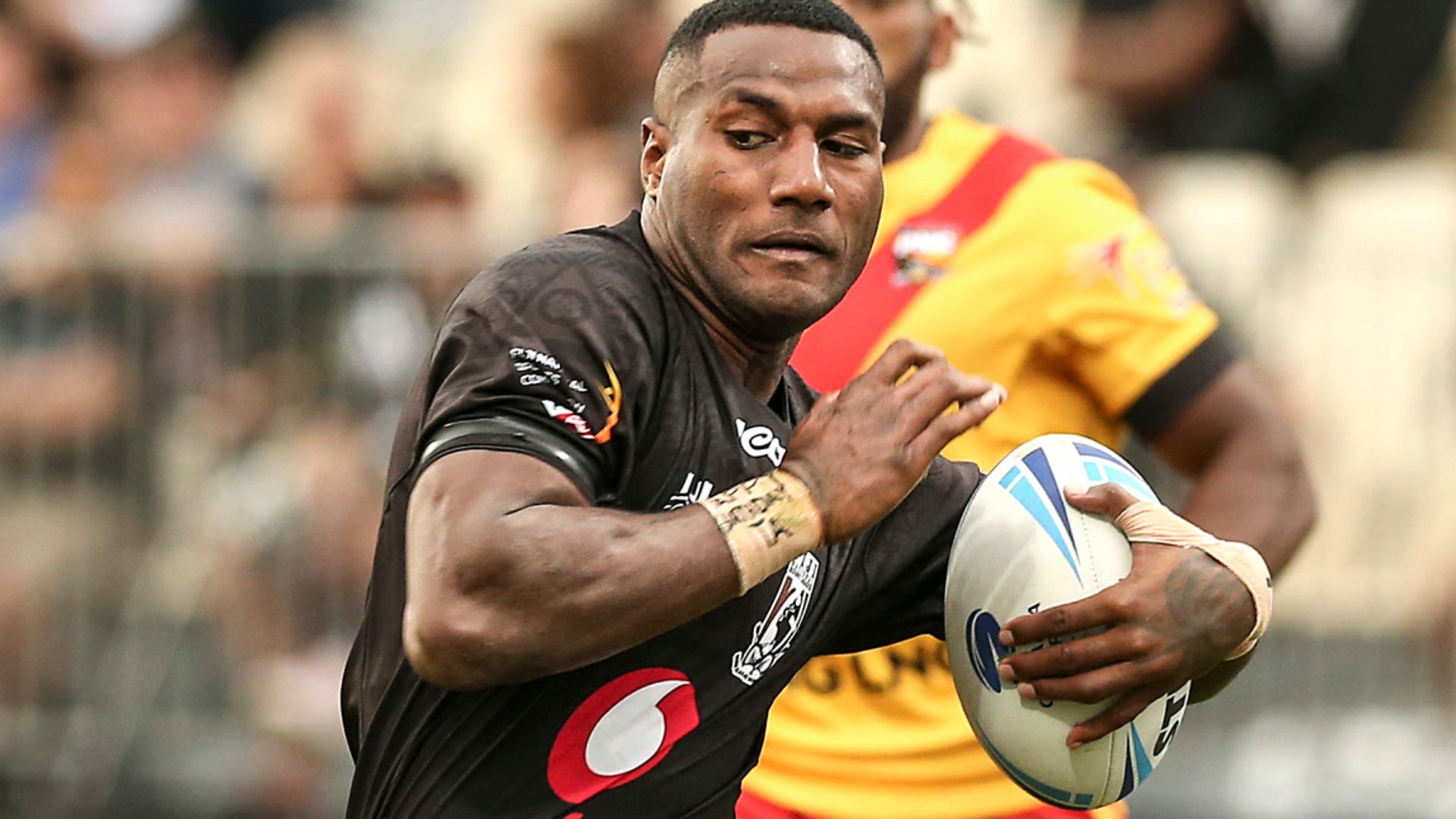 Suliasi Vunivalu will miss the Reds’ Super Rugby AU opener against the Waratahs on Friday; the rugby league convert was charged by police after allegedly pushing a security guard; Vunivalu: “I’m embarrassed to be in this position.”

Rugby league convert Suliasi Vunivalu will miss Queensland Reds’ Super Rugby AU opener after being charged by police over an incident at a Brisbane bar.

The Fiji-born winger moved to the Reds after scoring 86 tries in 111 matches over four seasons for NRL champions Melbourne Storm and was due to make his debut against the Waratahs on Friday.

“Rugby Australia (RA) and the Queensland Rugby Union (QRU) are aware of an incident involving Suliasi Vunivalu on 30 January 2021,” a statement read.

“Vunivalu has been charged with allegedly pushing a security guard at a licensed venue in Brisbane.

“The matter is ongoing before the court and will be reviewed by RA and QRU once it is resolved.

“In the interim, the QRU have taken the immediate step to stand down Vunivalu for Friday’s match against NSW Waratahs for bringing the club and the game into disrepute.

“The QRU has also issued Vunivalu a formal written warning, a fine of $10,000 (£5,600) and the club will provide Suliasi with counselling and support.

“Rugby Australia and the Queensland Rugby Union takes its position within the community very seriously and aims to uphold the highest standards of behaviour at all times.”

Vunivalu, who trained with the Australia squad during the Tri-Nations last year, asked to face the media on Tuesday as he did not want to “hide away”.

“I’m embarrassed to be in this position and I apologise to the QRU and my team-mates for that,” he said.

“I understand the position the QRU have taken, they expect a high standard of players and I do as well. I look forward to the matter being resolved.”

Vunivalu will have a court hearing on April 19, the QRU said.

The second season of Super Rugby AU, introduced last year after the pan-continental version was brought to a halt by the new coronavirus pandemic, starts on Friday with a double-header.

Western Force host reigning champions the Brumbies in Perth in the second match of the evening.