Home
»
Sports
»
Where is Calvin Johnson now? What the Lions legend is doing after his early retirement in 2015 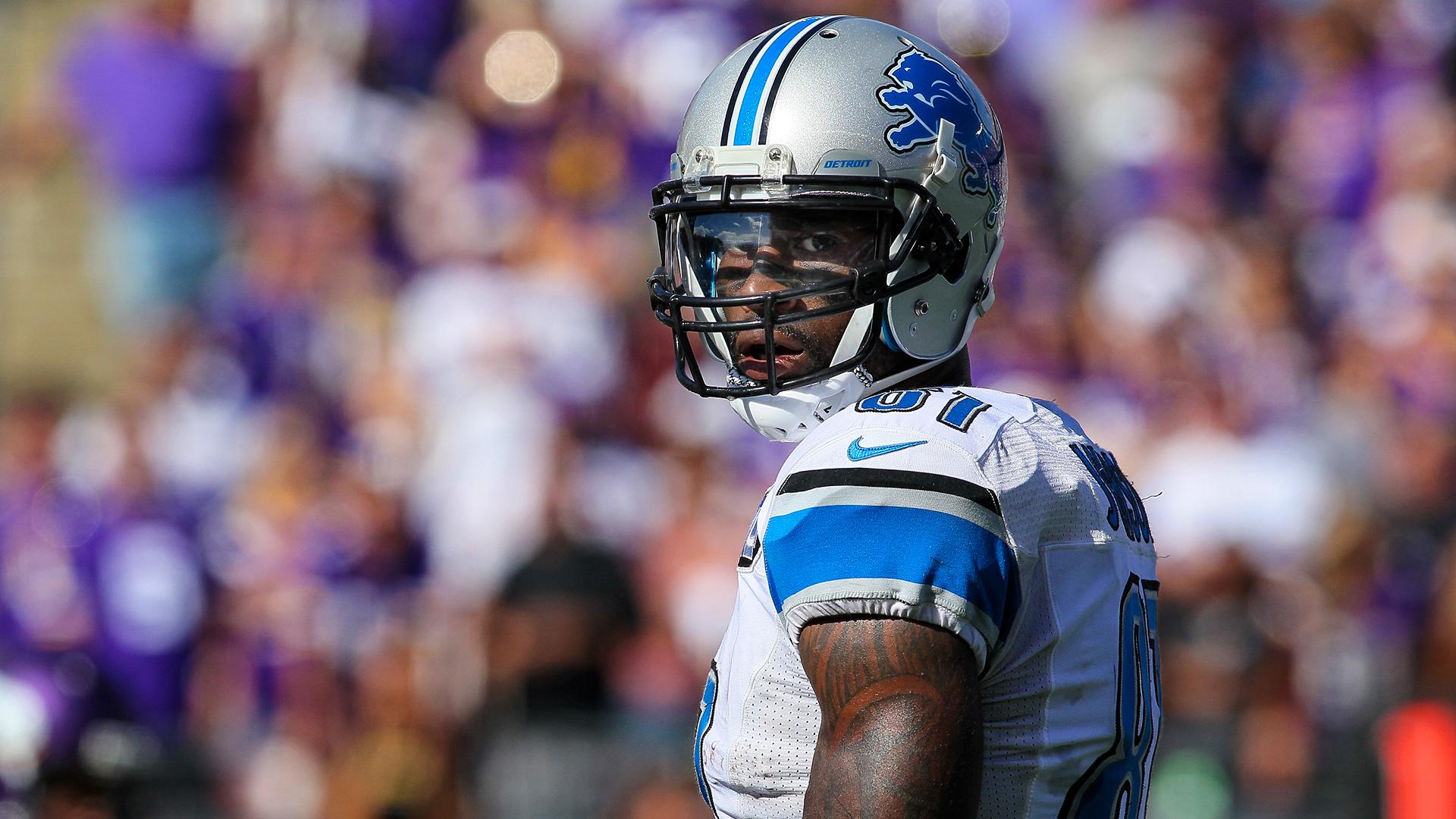 Calvin Johnson was one of the NFL’s best receivers over a period of nine years from 2007 to 2015. He was one of the Lions ‘most consistent players in franchise history, giving them a dynamic playmaking threat that they had lacked since Barry Sanders’ retirement.

Johnson was one of the league’s brightest stars. He set several NFL reception records and led the league in receiving yards in back-to-back years at the peak of his career – 2011 and 2012. Even in his final season, he scored over 1,200 yards and found the end-zone nine times .

However, Johnson resigned earlier than most had expected. He played until he was 29 years old, but then rode out into the sunset. Since then, he has not been in public near as often as he once was, and his relationship with the Lions is not great.

What is Calvin Johnson doing now? Here’s what the former Lions star is doing in his retirement and a look back at his excellent career.

Johnson played in 135 career games for the Lions with 130 starts. He achieved 713 catches, 11,619 receiving yards and 83 receiving touchdowns during his regular season career. He had 17 catches for 296 yards and two TDs in two career playoff games.

Johnson had seven career seasons with 1,000 yards, including six in a row to end his career. He led the NFL in receiving yards twice – once when he broke the NFL record for receiving yards in a single season with 1,964 in 2012, and once the year before when he had 1,681 receiving yards.

During his career, Johnson was named an AP All-Pro three times and was selected to the Pro Bowl for six consecutive seasons to end his career. He also set several NFL reception records, including, but not limited to, the following:

Why did Calvin Johnson retire?

Johnson announced his retirement from Lions on March 8, 2016. He said in a statement that it “was not an easy or hasty decision.”

“I, along with my loved ones, have spent a lot of time, deliberation and prayer in this decision, and I am truly at peace with it,” Johnson said. “I also want you to know that I have the greatest respect and admiration for the game of football. It has given so much to me and my family and I will be eternally grateful for the game.”

But why did Johnson – who had recorded 88 catches, 1,214 yards and eight receiving touchdowns during his final season – walk away at the age of 29? As he explained during an appearance on “All the Smoke” with Matt Barnes and Stephen Jackson, he talked to his father and told him he was in too much pain to continue playing.

Johnson’s early departure from the Lions led to some problems between him and the organizations, and they are stuck to this day. Detroit forced Johnson to repay $ 1.6 million of his signature bonus in the wake of his retirement, as outlined by Detroit Free Press’s Dave Birkett.

The veteran recipient came across the team’s decision, especially after they offered to pay Johnson back over three years. . . in return for 28 hours of promotional performances per year.

“I do not want to close a chapter, but I do not want to bend over backwards to try to do something because I did not do anything. I did my job,” Johnson said. “I’m not saying they should repay me the 1.6 (million) dollars in advance, but they should find a way to do it and not make me work for it. Because I have already done the work for that.”

Johnson felt the issue fell directly on ownership and was offended because he felt the players were “just numbers” for the Lions’ group.

“I’m learning ownership right now. I never really talked to them when I played.”

That – in addition to the injuries that Johnson dealt with in his time with the Lions – has put continued pressure on his relationship with the team.

Is Calvin Johnson in the Hall of Fame?

Johnson was inducted into the Pro Football Hall of Fame as a member of the Class of 2021. He was one of eight selected to receive his gold jacket along with the following inmates:

During his speech, Johnson talked about some of the injuries that plagued him during his career and forced him to retire early. He specifically cited a back injury that he sustained as a rookie and that lasted throughout his career.

Johnson also talked about the healing benefits of cannabis, which is his current passion and career.

Where is Calvin Johnson now?

Johnson and Sims announced a partnership with Harvard in 2019 that will explore the effects that medical marijuana has as a potential treatment for CTE.

“I’ve been silent for a long time in other partnerships in other states, so it’s like I want to get involved at grassroots level from the bottom up, you know?” Johnson said about starting the business when Michigan legalized cannabis, according to ESPN. “I really want to be involved in this thing. I believe in it. I know it because I used it. It helps me with inflammation. It helps me with pain. So I’m like, ‘OK, let’s really get down. to the science of this. “

Primitiv’s website cites the NFL’s reliance on opioid painkillers as one of the main reasons Johnson and Sims set up the company.

Often, they are prescribed opioid pain medication for treatment, which can lead to addiction and dependence. Johnson and Sims felt the need for a more holistic approach to their pain management, and thus Primitive was born.

“Our vision is that we’re trying to change the stigma surrounding cannabis,” Sims told ESPN. “We do not call it bud. We call it medicine.”