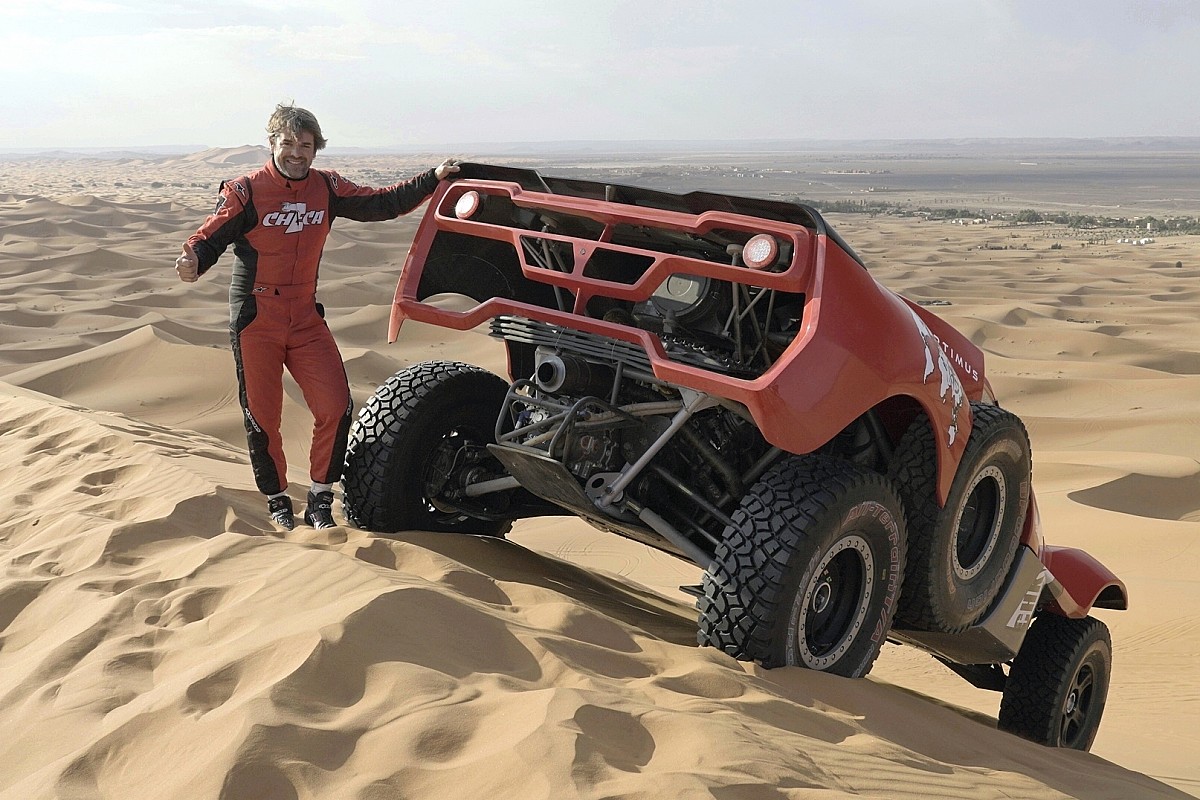 Checa will drive the Optimus buggy, prepared by the French team MD Rallye, along with veteran co-driver Ferran Marco.

Marco brings a wealth of experience competing in Dakar, having actively participated in the cross-country meet since 1997, most recently as Albert Llovera’s navigator with De Rooy-Iveco’s truck team.

Checa and Marco competed together for Baja Aragon earlier this year and are currently testing in Morocco to prepare for the former’s first foray into the prestigious Saudi Arabia-based rally raid.

“The truth is that I have wanted to participate in Dakar for a long time, and finally, this year, all the circumstances are gathered for me to take on this important challenge,” Checa said.

“Since I left the active competition as an SBK rider, I have not stopped riding all kinds of events on two and four wheels, and Dakar is the ultimate expression of motor racing in terms of adventure and challenge. I have always been attracted to challenges, and it is a challenge in capital letters. ”

“At this point in my life, I still want to compete, and I often do so in different disciplines, but I always prioritize feeling comfortable and, above all, sharing values ​​and approaches with who follows me in each new challenge. “It’s something more important than running to run. In that sense, Morel and the folks at MD Rallye Sport fit in perfectly with my way of looking at racing and life.”

“In addition to having a very competitive material developed and manufactured by themselves, Antoine Morel and his MD Rallye Sport structure are passionate romantics from the motoring world and have extraordinary professionalism and rigor,” the Spaniard said of his team.

“Precisely for this reason, they fit into what I was looking for to meet my first Dakar: competitiveness, professionalism and rigor and all this from the romance and passion of racing.”

The Dakar Rally in 2022 will run from the 2nd-14th. January in Saudi Arabia, having moved from its former home in South America in 2020.