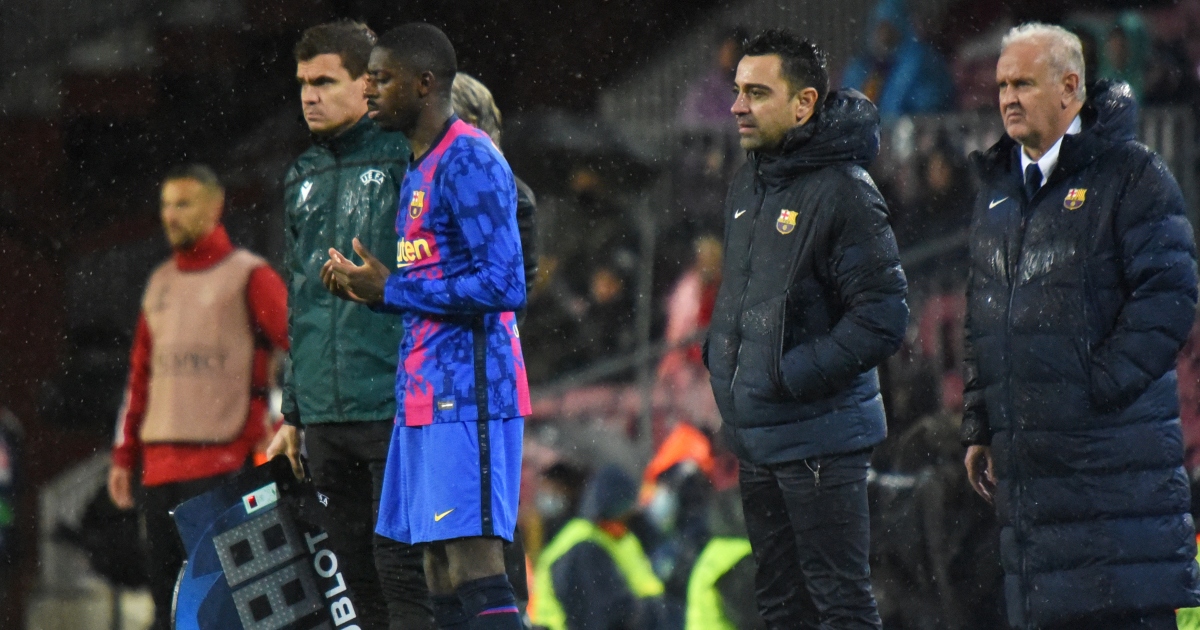 Barcelona coach Xavi ‘is trying hard to convince’ Ousmane Dembele to stay at the club amid rumors linking him with a move to Newcastle, according to reports.

Dembele came to the Catalan club for a large transfer fee in 2017, where he signed from Borussia Dortmund for over £ 100 million.

His time at Camp Nou has been hampered by injuries, with the young winger having only made two appearances so far this season, with a total of 49 minutes.

The French national team player’s contract expires at the end of this season and Barca are desperate not to lose him on a free transfer in the midst of their difficult financial situation.

Despite the La Liga club’s eagerness to tie Dembele to new terms, there are no signs the 24-year-old will extend his contract.

As a result, he has been linked with several clubs. Newcastle are reportedly interested and now have the financial opportunity to buy the player in January, as opposed to a prior agreement.

Lightning fast speed is back 🔥 pic.twitter.com/bgYjKxHBrG

But Barca’s new manager Xavi ‘tries to convince’ the Frenchman to sign a new deal, according to Spanish business. The sports world (via Inside Futbol).

Xavi wants Dembele to feel that he ‘belongs at the Nou Camp’ and that he is a big part of the new manager’s plans.

As well as Newcastle, Manchester United, Liverpool, Bayern Munich and Juventus have been strongly linked with the former Dortmund winger.

Elsewhere, Jurgen Klopp hit back at a journalist who accused the Liverpool boss of insulting Africa after referring to the Africa Cup of Nations as a “small tournament”.

Before the match, Klopp was asked about the lack of international breaks until March, but pointed out that some of his players will compete for their countries at AFCON in January.

In a light-hearted, ironic response, the German said: “No international break before March, I have heard that so often, but in January there is a small tournament in Africa, I just want to say.”

Some took insult, and Klopp was asked to apologize to the people of Africa for his choice of words.

“It’s all good, I did not mean it that way. I do not know why you understand it that way to be honest,” Klopp replied.

“I did not mean it that way, come on … so I was not even close that it was the thought in my mind that I would talk about AFCON as a ‘small tournament’ or about the African continent as a ‘small continent’. ‘, not at all.”